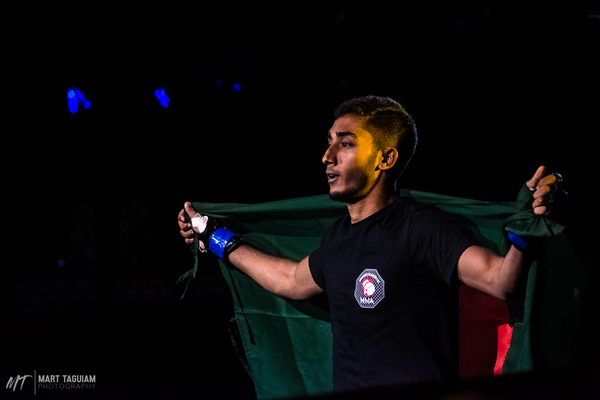 Asraful grew up in Dhaka, the capial city of Bangladesh, where he idolized Bruce Lee. After watching Bruce Lee films Asraful decided to take up Jeet Kune Do. He later explored other martial arts, most notably Wushu. Asrasful eventually became the national Wushu champion of Bangladesh. Islam is arguably the most well known Bangladeshi mixed martial artist competing in a major promotion. He is currently under contract with ONE Championship.