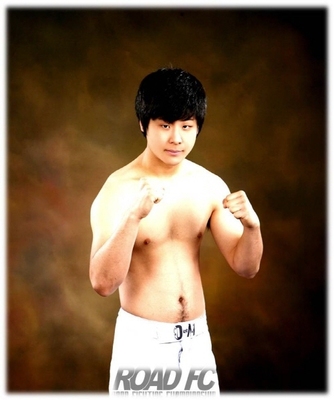 Han is a fighter in ROAD FC's bantamweight division. Han was the winner of season 2 of Crying Fist, a Korean MMA reality show similar to TUF.  The show featured a 16 man tournament, Han made it to the semi finals where he lost to Dae Myung Kim. Kim suffered a broken hand however allowing Han to take his spot in the final which he won. Originally Han wasn't going to be on the show because the producers felt he looked too young. It was only after the broadcast finished early after a number of knockouts that the producers finally took his coach's recommendation.