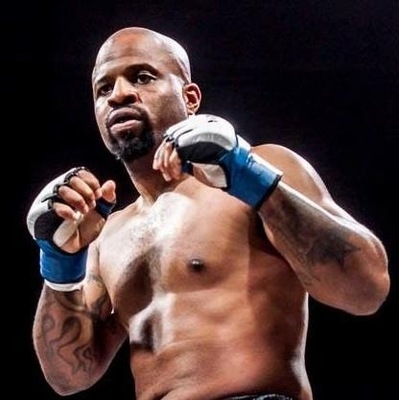 Lee Poke is ineligible for regional rankings due to inactivity.
Fighters must have at least one completed MMA bout in the past two years to be ranked.

A late comer to the world of combat sports Lee Doomsday Poke(4-2) a former semi-pro football player earned his first victory in the cage on Halloween night  a TKO victory over Mike “Maverick” Foster in the 2nd rd. He would then earn his second victory over Michael Nabors in a tough battle winning by unanimous decision. After starting 2-0 Lee would suffer his first loss to James “The King” Garmany (6-1) by TKO in the opening minute of the fight that was for the vacant Valor Fights Light Heavyweight title. After taking a couple months off and briefly returning to football Lee would make his return in his hometown of Cleveland TN at Valor Fights 43 scoring a unanimous decision victory over Alabama’s Chris Butler(5-2). Apex 13’s middle weight title was to be against Johnathan Nichols but Nichols had to pull because of  injury and was replaced by Tanner Johnson, Lee won hard fought battle by KO with only 15 seconds left in the fight the victory garnered him both KO of the Night and Valor Fights KO of the Year. His next contest would be in the main event for the Warriors Den promotion for the WDFC middleweight title against #8 ranked James Conway with Lee coming in ranked #6 at the time. Conway would go on to successfully defend his title winning by unanimous decision. Using Muay Thai as his base style Lee is known best for his abilities in the clinch and for some of the most dangerous knees in the amateur division also a tough fighter who isn’t afraid to stand toe to toe and battle as evident in his victory over Tanner Johnson. Lee has also participated in 3 amateur Muay Thai bouts going 1-3 in those but has faced stellar competition in Caleb Franks, 2x Amateur National Champion Kickboxer Gavin Walker and Chris Drinnon whom Lee picked up his 2nd KO of the Night Award.....Promotion record: Valor Fights(4-1) Warriors Den(0-1) Warrior Muay Thai(1-1) StrikeFest(0-1)