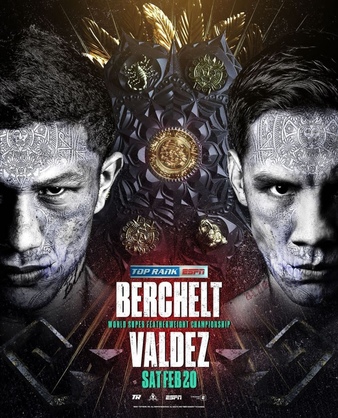 Valdez vs. Berchelt
"The official Tapology discussion thread for the event!" (3 months, 4 weeks)

Did anyone watch this masterpiece???

Oscar Valdez put on the performance of his life!!!!! Berchelt is a MONSTER!!!! Guy had been destroying everything in his path for years at 130lbs. He was rated no. 1 at 130lbs, ahead of Tank Davis, and in some people's top 10 P4P.
He was rightly the favourite, but for me, too big a favourite. Oscar Valdez was an undefeated, 6x 126lbs World Champion, 2x Olympian who trains under Eddy Reynoso alongside Canelo!!!
Not wanting to blow my own trumpet! Ha. But **** it! I bashed the Bookies again!!!!! Valdez at 3 to 1. Valdez by KO at 10 to 1!!!! BOOM!!!!

Anyway, I never spoke about the fights because I was a little drunk at the weekend!!! I recommend you check out the fight or the highlights. Fantastic performance and a BRUTAL KO finish!!! Honestly, KO of the year may already be in the bag

I missed the fight but I saw the KO afterwards! The way he just collapsed was kinda scary tbh!

Tapology members can make predictions for upcoming MMA & Boxing fights. Valdez vs. Berchelt is closed for new predictions. 106 total members made predictions on this event, breaking down as follows below.

Leaderboard of the best predictions by member: Valdez vs. Berchelt Leaderboard