Vinicius Salvador defeats Shannon Ross via KO/TKO at 4:22 of Round 2 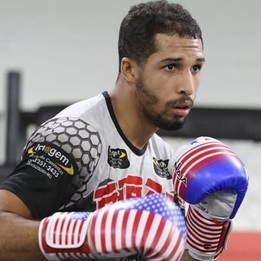 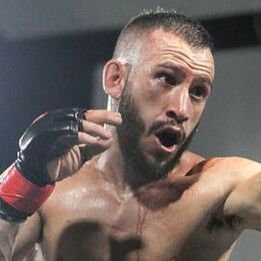 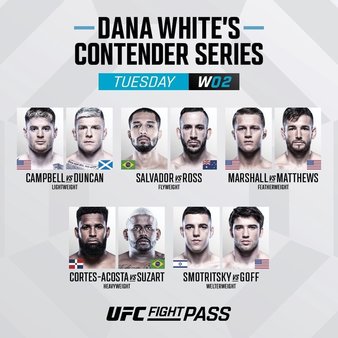 Some sick fights tonight... Really tempted to put some in my hall o fame, the main event was sick he almost got finished and steals it with a right bomb, if he didnt land that bomb it may have gotten even worse he said it himself in the post fight presser it was his toughest fight so far

I think goff will be one of those guys who hangs around in the top 30-40 of the division. I think he will be like a niko price where you know he’s never gonna be a contender, but you always know he’s gonna put on a fight.

I think waldo can be ranked at heavyweight just based on the fact he’s not a total can. I was looking at the roster and he beats enough guys that I think he can hang around the top 15-20 in the division. He needs to work on a lot of things tho

Francis marshall might be a little green imo but he has the best potential out of all 5 fighters. He showed a lot: cardio, striking, grappling, the whole nine yards. If they build him up right (which I’m sure they will) I could see him being very good

Vinicius Salvador might not be the greatest fighter, but that power is no joke. I don’t think he will touch the rankings but he will definitely win some fights and maybe even pull off some upsets just by being the harder hitter; reminds me of Tyson nam

Sadly, I don’t think Chris Duncan is going to last very long in the ufc. That comeback was absurd, but if he doesn’t land that kill shot he likely was gonna get koed. I think he beats the absolute worst at 155 but not much higher than that