Daniel Dubois defeats Bogdan Dinu via KO/TKO at 0:31 of Round 2 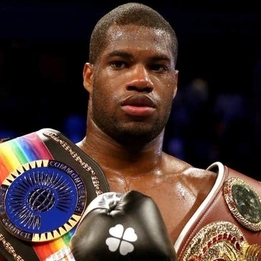 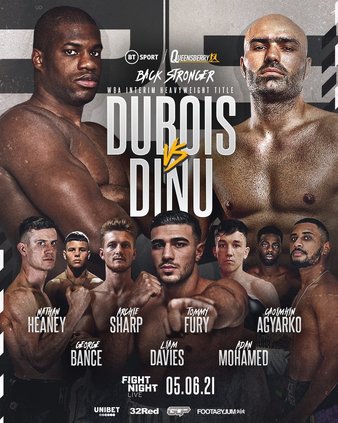 Here's a little shortlist of opponants that I feel would be challenging for him but has a chance of beating:

Zhilei Zhang - I'm still not 100% convinced as to how promising a prospect Zhang is so this would be a good marker to try and gauge his skill level.

Robert Helenius - The best boxer in this list IMO but he has proven to be a bit chinny if his opponant can find a way through.

Filip Hrgovic - Absolutely no clue who would win but I'd want to see it simply because I'd image it would be a wild fight that ends in a KO.


Hmmm
Firstly, Hrgovic would hurt Dubois BAD!!!!!!  Keep him far, far away from Dubois!!!  That's a fight that you leave til further down the line.  I am pretty confident Hrgovic is gonna win a title, he'll definitely contend for the title at some point.  But, yeah, it would be a mistake making that fight anytime soon.

I have never been impressed with Big Zhilei Zhang.  His record is extremely padded, he has about 2 rounds of cardio and his chin is very suspect.  Did you see his last fight vs Jerry Forrest?? It was on the Chocolatito Estrada undercard.  He dropped Forrest 3x within the 1st 3 or 4 rounds, gassed out and by the 7th or 8th was clinging on for dear life!  Vs Jerry Forrest!!!!  He managed to survive with a draw, a draw after 3 10-8's!!
He's an OK next opponent for Dubois I guess.  He's undefeated, has a little hype(tho I think thats gone after that fight).  Dubois would smoke Zhang pretty easy actually.

I like the Helenius fight the best, it's actually an easy and logical fight to make too.  Helenius is the WBA Gold Champion(Yes there's a WBA Gold belt!!)  Dubois won the WBA Interim title last night so they could fight to become no.1 contender for the WBA.  Helenius was meant to be rematching Adam Kownacki, who he upset by KO last March(in the last live event before lockdown!).  There's been issues with that rematch for some reason?  But I expect it to be included when PBC on Fox announce their Summer schedule in the coming weeks.  But Helenius is a great test for Dubois at the moment, he is tough wouldn't go away without a fight and his confidence is high coming off a big win.  Yeah, I like that fight!

What probably happens is Ole Frankie Fish Eyes flies over a random undefeated Ghanaian for the Commonwealth or the Eastern European equivalent .

I think Dubois should face some tough, crafty veterans.  Sergey Kuzmin,  Christian Hammer or Carlos Takam.  Then onto a classic British domestic dust up vs Dereck Chisora or Martin Bakole.  Finally he can face Dillian Whyte or a rematch with Joe Joyce depending on what they have done, I'd expect it to be Whyte after Whyte suffers a loss in a big fight vs either AJ, Fury or Wilder.

Thanks for the feedback! I liked the idea of the Filip Hrgovic fight and I do rate him highly but I have him on about the same level as Dubois at the moment or maybe the next level up.

As for Zhilei Zhang, that fight with Jerry Forrest is the only one of his fights I've seen and I had him losing that by a round or two despite the knockdowns so yeah, he was lucky to get a draw but I'd have thought he might be able to last at least past the halfway point with Dubois.

I'd heard of the WBA "Gold" belt but I didn't realise that Robert Helenius held it nor did I realise that the Dubois VS Dinu fight was for the WBA Interim title until he was announced as the winner at the end. Having said that, neither of those Titles mean anything as far as I'm concerned, it would be perfectly fine to have the Dubois VS Helenius fight with no belts or titles or participation trophies on the line. It's not the awards that make good fights, it's the boxers who make good fights but there's no way that the WBA would allow that fight to happen without getting something out of it.