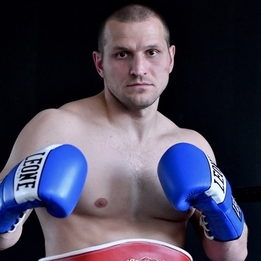 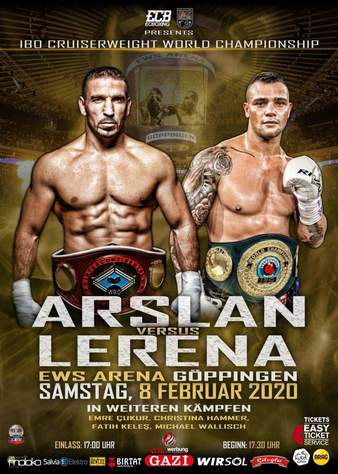 Arslan vs. Lerena
"The official Tapology discussion thread for the event!" (1 year, 3 months)

Arslan vs. Lerena
Firat Arslan, DEC
Arslan may be nearing 50, but he is not comipletly shotn he's no Bernard Hoplkins! but he has a little left in the tank. Lerena should win, but, like I said Arslan is tough and, and this may be the biggest factor in this fight, it takes place in Germany, notorious for some real dodgy decisions. There's a saying in boxing that basically says if you want to beat a German in Germany you better knock them out, then you might get the win on points!!! Yeah, if Arslan makes it to the end don't be surprised if he gets the decision, or maybe even a draw!

Iglesias vs. Donfack
Osleys Iglesias, TKO, R2
This Cuban is real skilled. I seen a highlight of his last win, by KO, it was 1 of those KO's that makes you worry for the other guys safety!!!

Arslan vs. Lerena
Kevin Lerena, DEC
This old mothertrucker just keeps on truckin' just like Jerry Garcia says. 49½ motherlovin years old. Annnd he's STILL doing well. Hasnt lost a fight since August 2014. But I think this could be it. I see that streak ending.