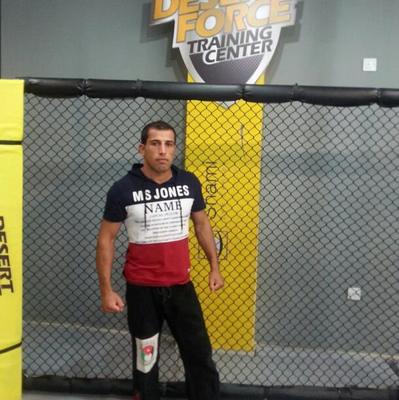 Ghaleb Al Harahsheh is ineligible for regional rankings due to inactivity.
Fighters must have at least one completed MMA bout in the past two years to be ranked.

Ghaleb was a contestant in the Featherweight division on the Al Academiya reality show. He competed against 29 other fighters for a chance to win a Desert Force contract. He would face off against the Saudi Mohammad Sibai for his fight to enter the house and win by Decision. In the quarter finals Ghaleb would have a rematch with Mohammad Sibai who was brought back due to the close fight they previously had and other contestants leaving due to personal issues. This time Ghaleb would not leave it in the hands of the judges and win with a rear-naked choke.

In the Semi Finals of the Al Academiya tournament Ghaleb would face the Iraqi Hussein Salem. He would dominate the fight by getting it to the ground and putting Hussein in a triangle choke. Ghalib moves on to the Desert Force 14: Al Academiya 2 Finale to face the winner of Serge Saad vs Yaser "Crazy Man" Zeid for the Al Academiya Featherweight Title.