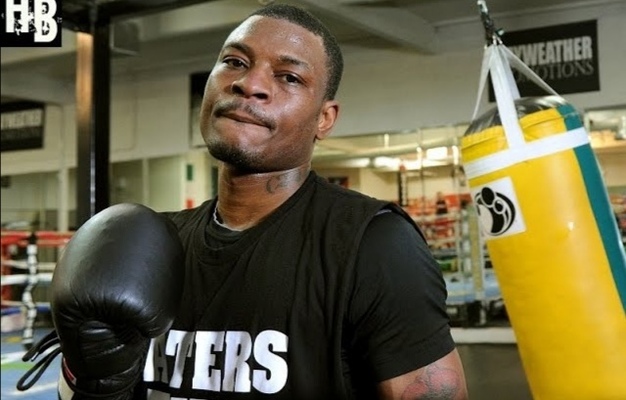 Moore is a professional boxer and also a business owner of an apparel company "Fly Native" he is also a sparring partner of Floyd Mayweather Jr. and is trained by Floyd Mayweather Sr.  So he is an official member of the "Money Team".  Floyd probably had a hand in helping him with his business as Floyd is known as a promoter of not only boxing talent but also entrepreneur talent as well.  Floyd has been known to be very generous to those who are loyal to him and those he believes in.  Moore can be seen sparring some pretty competitive rounds with Mayweather on you tube.  Although the sparring match wasn't one of the famed "smoker" sessions Mayweather's gym has been known for none the less Moore did show some quick hands and good footwork. Moore's record is an impressive one on the surface that is in fact he is actually also undefeated 18-0-1 with 12 KO's.  But the stat lines are a little inflated but that is nothing unusual in the boxing world.  It is no secret that any manager worth his salt will schedule hand picked fighters for their budding talents to build up a record and hopefully get a big pay day for his fighter in the form of a championship bout.  However since Don Moore is 42 years of age this does not seem to be the route he has chosen why who knows.  But none the less the fighters he has chosen to fight has had a loosing record.  He does seem to possess some real skill so the fact he has only had to fight for 54 rounds on his way to his 18 wins against tomato cans isn't to surprising.  Even though Moore never got a championship bout when he was in his prime he is going to get an even bigger payday no doubt as he will be the "B" side of a bout with Mayweather Jr scheduled for May 14th 2022 at  the Burj Al Arab Hotel in Dubai.  The card titled "The Showcase in the Skies of Dubai" also features former UFC hall of famer Anderson Silva in the co-main event.  Mayweather believes the event will be an 8 figure revenue earner so everybody figures to do very well.  Does Moore actually have a chance of beating the 50-0 Goat?  Well even if he does it is only an exhibition match so it wouldn't blemish Mayweather's spotless record but it would tarnish his legacy.  That said I wouldn't bet your hard earned money on Moore even if his nickname is "Dangerous", after all Mayweather is the Goat for a reason.  Mayweather has almost as many victories as Moore has rounds fought and I don't think Moore would show up the boss even if he could which believe me he can not.  It will be a fun night however as it is special to watch these legends while we still can.