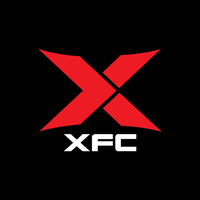 What is this? 1st Degree White Belt
my rank

The largest independent MMA organization in the world.

Along with being the largest independent league we are the only publicly traded MMA organization which is truly owned by its fans (symbol: DKMR). XFC is based out of Spring Lake, MI with offices in and throughout the United States and South America. XFC events have been available through some of the world’s largest media platforms and networks, including Rede TV! in South America, Terra TV, UOL, AXSTV/HDNet across the United States and premium cable & satellite television network – HBO. The XFC’s 43rd main event is scheduled for the 4th quarter of 2020 and will be available on a major US television network and worldwide via widely available streaming platforms to be announced.

Established in 2006 the XFC had a vision to seek out, sign, and brand a new generation of Mixed Martial Arts Fighters – XFC Fighters. Xtreme Fighting Championships assembles the most exciting and well-rounded MMA fighters from around the globe and competes in all major weight classes for both men and women. XFC’s fighter-centric leadership team prides itself on discovering the next generation of rising superstars and showcasing them in the same Hexagon as today’s top veteran fighters.

The XFC believes the most talented MMA fighters have yet to be discovered as the organizational model rewards fighters who seek out and accept the toughest challengers. Because of this belief, the organization’s popularity has grown exponentially since its inception and, labeled as The Next Generation of MMA.