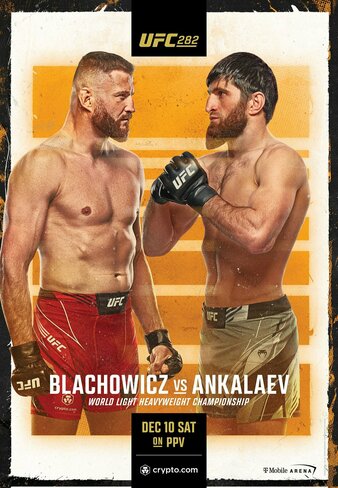 And just in general the order seem a bit weird, They're putting the best prelim fights early

2 random thoughts on this card:
-How is Buckley favored over Chris Curtis?! Maybe I'm way off, but Curtis is a level or two above Buckley imo. I would've thought Curtis would be a -200 favorite or so?
-I'm very interested in Darren Till as an underdog. All this time off training with Khamzat, his grappling HAS to be better. MUCH better. His striking also HAS to be better. Not to mention he's training in Thailand right now, and off recent pics he looks in great shape (finally). I am Du Plessis fan, but this Till is levels above the fighters he has been facing so far, and he looked rough early on vs. Tavares. Du Plessis' only path to victory is getting this fight to the ground, imo.

curtis was a pickem with hermansson. crazy how 1 fight can change everything

and i would wait on the till fight. make sure he looks decent on the scales first

Make sure till makes it to fight week first lol

Exactly...Curtis was favored/pick'em with Jack, and didn't he take that fight on super short notice? Reminds me of Moicano taking the RDA fight on a week's notice and being a pick'em against Riddell lol

Gustaffson is out, Philipe lins replacing. So in other words, osp won’t be fighting on this card. I say 0% chance lins hits the scales. Dude always has some reason to pull out

Gustafsson vs. St. Preux Changed from Confirmed to Cancelled

didn't want to see gustafsson to lose another one.

Procházka vs. Teixeira II
Jiří Procházka, TKO, R3
Really would love for Glover to win aggain, but Jiri will take the W with a huge adjustment to his gameplan

Pimblett vs. Gordon
Paddy Pimblett, SUB, R2
I like Gordon actually but Pads takes the W

Till vs. Du Plessis
Darren Till, DEC
Not impressed with Plessis on his last fight with Tavares, Darren isn't gonna stand and take Dricus's shots, but mix wrestling, TD, striking, hard fought W for Till

Rozenstruik vs. Daukaus
Jairzinho Rozenstruik, TKO, R2
Rozenstruik will want a W after a controversial stoppage


I just made this gif version, you can keep-use it if you want to, if you want any changes or anything else just let me know !? If you don't like it, there is no problem !

Błachowicz vs. Ankalaev
Magomed Ankalaev, TKO, R3
i honestly think in a three round fight going into the third jan could be up on the scorecards but something tells me magomed is putting him down here

Procházka vs. Teixeira II
Jiří Procházka, TKO, R2
regardless of who wins i just see this one ending much sooner then the last i honestly think jiri is just gonna flatline and retire glover id like to see glover continue coaching though i feel it suits him

Till vs. Du Plessis
Dricus Du Plessis, SUB, R2
always thought till was overhyped and overpushed du plessis will show he is a step above and find the finish by the second against a gassed till

Rozenstruik vs. Daukaus
Jairzinho Rozenstruik, TKO, R1
this is a tough one for me because i like daukaus but this is the fight rozenstruik gets back once he lands it will be lights out

Procházka vs. Teixeira II
Glover Teixeira, SUB, R4
Jiri Tapped. The referee sucks. Do your Job. 24.5 minutes of Dusteration. This time it's different.

Mitchell vs. Topuria
Bryce Mitchell, DEC
Next best thing to Paddy the Baddy.

Till vs. Du Plessis
Dricus Du Plessis, TKO, R1
Flying Knee, spinning back fist, flying lotus. That's unless Khamzat shows up at press conference. Then cancell culture wins. Expect no one to be allowed front row.

Silva vs. Brown
Erik Silva, DEC
Who is this guy. You can't submit Downtown.

Curtis vs. Buckley
Chris Curtis, DEC
Only one man has defeated the Action Man. He's in Pfl. Buckley is super Dangerous. Only a head kick stands between Chris Cirtis and victory.

Rozenstruik vs. Daukaus
Jairzinho Rozenstruik, TKO, R2
Daukaus is too small for heavyweight, against another power puncher who is a lot bigger than him I think he’s going to sleep

Lawrence vs. Saaiman
Cameron Saaiman, TKO, R2
I think Saaiman is gonna be able to fend off the takedowns and land shots and wear down Lawrence, in the end I think he will land the killshot in round 2

This has to be the best card ever from bottom up, right ?! The amount of name value is INSANE. The prelims alone could be a great fight night. Crazy stuff

Procházka vs. Teixeira II
Jiří Procházka, TKO, R3
Jiri went in wild last time, and in my opinion was losing, but even he admitted he fought wrong, if he remains calculated, and picks shot with early pressure, he'll hurt Glover early. remember, he subbed Glover too, so he could even drop Glover and sub him, Glover's a savvy vet, so I think he'll survive a few rounds.

Błachowicz vs. Ankalaev
Jan Błachowicz, DEC
Jan will fight as smart as he did against Rakic, I think he'll wear Ankalaev down, with distance striking and quick bursts, as well as a mix of wrestling to get the 29-28 win.

Ponzinibbio vs. Lawler
Santiago Ponzinibbio, TKO, R3
I think Rob's washed, and his head movement tactic never really works, he'll get tired and hurt like Bam Bam did to him, and Ponzi will get a late win.

Pimblett vs. Gordon
Paddy Pimblett, SUB, R2
Paddy struggles to break through in the 1st, might win the round though, and will sub Gordan with a RNC, which is his weakness, Paddy is getting layups, he needs a guy just out the rankings next.

Mitchell vs. Topuria
Bryce Mitchell, DEC
Bryce via Alabama Wrestle****, Bryce dropped Edson, so he won't have to worry too much against Ilia.

Shahbazyan vs. Lungiambula
Edmen Shahbazyan, TKO, R1
Dalcha looks like the scariest human ever, but he crumbles all the time, and doesn't have a chin, looking forward to seeing Edmen 2.0

Quarantillo vs. Hernandez
Billy Quarantillo, DEC
Scrappy war, but Billy will outlast Alex's blitz striking, and pick him apart like everyone else does, that doesn't get KO'd by him in a minute.

Till vs. Du Plessis
Darren Till, DEC
I fully expect to see a Darren masterclass here, people are still calling him fat, but you can see he has some abs now, and he looks great, and seems to be training hard, Dricus' first round against Brad was worrying, he can't be sloppy against Till.

Perrin vs. Rosas Jr.
Raul Rosas Jr., DEC
Sloth from Goonies get a dominant win, but no finish, but to be honest, I think if this kid maintains hardworking and motivated, he'll be a problem, if he stays in the UFC for 10 years, he'll only be entering his prime.