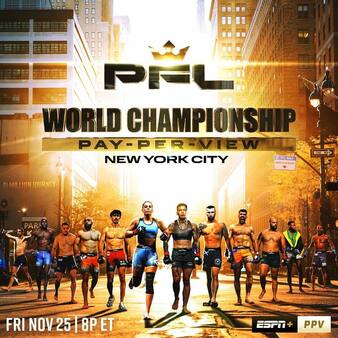 Loughnane v Jenkins should be the main event for the purists.

My first bet of the night hit. Eubanks over 5.5.

Good start for me!

"Undefeated, undisputed, GOAT of all time. Me."

Although the loss against Cejudo was painful, it seems to me that the Turning Point in Moraes career was the 1st Round KO loss against Rob Font: In that fight Moraes was the (slightly) favorite to keep his Top 5 spot, but despite his fast starter Marlon was demolished by Rob Font fast combination.

Beyond comments like "Marlon’s Chin is gone", it should be noted that at some point in his career Marlon had a 6-5 record and several defeats by KO, then he knew how to find his best rhythm, be WSOF champion and from there he managed to be a Top 5 for a good time in the UFC, but the quick defeat against Font and not being able to capitalize on a Merab that he had barely knocked out on his feet and circling to the opposite side of the fight ended Moraes's confidence (confidence that had been greatly affected by the Losses against Cejudo and Cory, and by the controversial victory against Aldo).

Marlon says fighting for the promotion of Ray Sefo, whom he considers a close friend, gave him the motivation to come out of retirement and fight again. A restart outside of the UFC could be a very good thing psychologically for Marlon, but I think this fight is very important for Marlon to show that with a lesser weight cut his cardio is now better and that his jaw can take opponents punches in a much better way.

@axa facts thats one of the only competitive fights on the card lol. that and akhmedov vs Wilkinson

Have a good one Ls and Gs !

Just hot my 2nd big bet of the night. Eubanks by decision. Everyone was expecting a KO. Lol.

Not gonna lie, I am low key very excited for this PFL card.

"Undefeated, undisputed, GOAT of all time. Me."

Lol he shouldn't have come out 🤣

😅 how was that even sanctioned

Lol hope they paid him well for that beating

Is the fight over already? I’m eating dinner rn

Pfl. Please dont become bellator and have a bunch of mismatches on the undercard

He probably made like 2k for that beating which will be gone after paying trainers and hospital visit..he actually probably will owe way more than that 😂

Biaggio Ali Walsh defeats Tom Graesser via KO/TKO at 0:45 of Round 1

I am Tremendous. Biaggio Ali Walsh cheated his clinch here.
Who's your daddy, clearly.

Graesser landed a nice 2 to the body.

But outside of that it was one way traffic