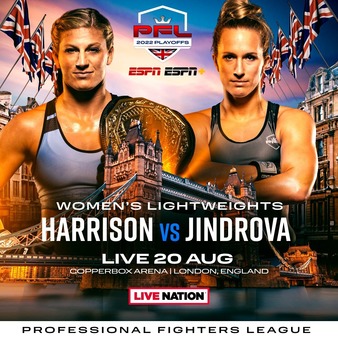 
Watch the 1st round, Ruiz slowed down a little later on in the fight but he is super talented.

Non-stop on the legs like Khabib and if not working to take you down; he's punching (obviously not as dominant of a overall grappler like Khabib but you see hints of Khabib in his wrestling MMA game.) Just needs better top control and smarter decision making during grappling moments.

Really like this dude! And very young at just 28 years old.

He is khabib confirmed. Got it 👍

Anybody siding with Bably? Watching him box.. THIS BIG BOY CAN MOVE

Yes I had to fade Sutherland once I saw his tape. Just a low level swang n bang heavyweight

Kayla Harrison
Another shut out. Round 1 Tko.

Held
Held is the more well rounded fighter. Odds are insane but the right fighter is favoured. Decision.

Sutherland
Changed my mind on this close fight after rewatching their fights again. Both have fought very low level fighters. Sutherland is the bigger man than Bably who is from Manchester Top Team and looks like a decent prospect. Good hands, good kicks, good wrestling both offensive and defensive and a good controling ground game. Cardio checks out too. But I don't like that he sometimes fights with a hands down TKD style, which from personal experience can lead to trouble. And in this fight it could be a real problem. Sutherland has looked pretty good with real KO power and seems to have some decent top pressure on the ground. He is fast, very aggressive and offensive with kicks and punches and seems to always want to finish the fight. Close one but I can see Sutherland catching Bably with a big punch and putting him out. Main concern would be if Bably survives and outlasts him with better conditioning.

Odonju
He is well rounded. Decent striking with some power, nice single leg takedowns and a decent ground game. Iverson has nice kickboxing but does not do so well when pressured. Only issue with Odonju is he seems hittable, and Iverson is a good fast striker but I think this goes to the ground early. Also Odonju is surprisingly bigger. 2nd round TKO.

Taleb
Taleb is the better fighter and looked excellent on the scales. Should be a relatively painless victory.

Wade
Wades wrestling is better than Bredans and their striking is at least equal. Even with the home advantages I expect Wade to win a decision.

Pacheco
Pacheco really looks and sounds masculine. And Kolesnyk apparently had a bad weight cut. All looking bad for the Ukrainian fighter even with the Xtreme Couture training.

Jenkins
I know Kudo looks like a great under dog and has some real power, but Jenkins is no mug in the striking and his wrestling is really very very good. This should be a long grind out decision and I hope Jenkins does not take any chances and wrestles early and often. That's where the huge skill gap is.

Ditcheva
I hate to say it but this looks like a setup fight. An accomplished kick boxer who is much larger against an inexperienced opponent with poor striking defence. I think this ends early.

Powell
Powell is bigger, longer and better. A prospect.

Chizov
This is one I am less confident about, but as a decent striker and training at All stars where his wrestling will be tested I will take Chizov against a fighter from Palestine.

Austin
I have a feeling that Austin finally has an opponent who will not test his chin. Austin should be able to keep this on the feet and get a win here.

Ruiz
Seems to have a good chin, endless cardio and a relentless chain wrestling style. I think he will be too much over 3 rounds.

Quick question for everybody should I switch to Stuart Austin since he’s faced better competition than his opponent?

Sofiane Boukichou < Tom Aspinal < Stuart Austin.  Here is some MMA math for ya

Austin is way higher level and Sofiane has no power, switch to Austin

Thank you guys for the insight

Ruiz vs. Uchegbu
I crave Raphael Uchegbu at -145. He has a scintillating ground and pound and a kooky hane goshi. Uchegbu should blast the cage.

Powell vs. ***undes
I am loyal to Simeon Powell at -190. He has an exhaustive oshi-dashi and a resilient double leg flapjack. Powell is gonna feign the TV audience.

Taleb vs. Mafi
I take Ali Taleb at -500. He has a ultimate head coach. Taleb might fight the natural order.

Held vs. Price
I am sniffing Marcin Held at -1000. He has an advanced dim mak. Held is about to gargle the cycle. Bank on it!

Sutherland vs. Bably
I appoint Abraham Bably at -140. He has a wretched double knife hand block. Bably will likely modulate the underdog.

Odunjo vs. Iversen
I am loyal to Tayo Odunjo at -175. He has a groundbreaking sleeper slam. Odunjo shall orchestrate the performance. It's a lock!

Kudo vs. Jenkins
I am going with Bubba Jenkins at -330. He has a sophisticated hane goshi. Jenkins shall scramble the corner man.

Austin vs. Boukichou
I favor Sofiane Boukichou at -130. He has a zingy facebuster. Boukichou must destroy the canvas. I know it!

Ditcheva vs. Gaber
I have a crush on Dakota Ditcheva at -900. She has a gifted clinch. Ditcheva is about to vaporize the underdog.

Wade vs. Loughnane
I prefer Chris Wade at -260. He has a gifted crotch-hold. Wade isn't about to quarantine the humiliating defeat.

Harrison vs. Jindrová
I like Kayla Harrison at -4000. She has an outrageous stutter step and a venomous sleeper slam. Harrison can destroy the ring announcer.

Pacheco vs. Kolesnyk II
I love Larissa Pacheco at -700. She has a fabulous leg kick and a noble armpit slam. Pacheco must perform the chosen one.

this card/the broadcast just started... they are doing 3 prelims, a 6 fight main card and 4 postlims.

AYO WHAT THEYRE ALREADY FIGHTING ***?!?! I THOUGHT THIS WAS AT 1PM