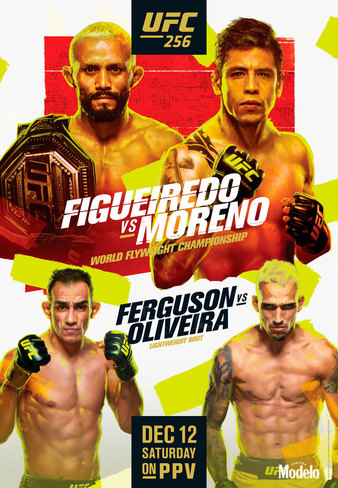 Angela Hill got the Corona fight with Tecia is off

^Words right out there of my mouth. One of the many rematches in mma i didn’t know happened and don’t wanna see again

Torres vs. Hill II Changed from Confirmed to Cancelled

Seeing Chase Hooper desperately trying to pull guard (and failing to so much as grab a limb) because Bruce Leeroy was piecing him up on the feet was not a pretty sight.

He went from interesting prospect to "is this guy going to be in the UFC next year?" Let's be real, his BJJ is decent, but if he weren't 19 at the time does Dana get all excited about him? Him being a scrawny baby faced child was his main selling point.

I trust that ben askren helped his wrestling a fair bit, plus barett isnt the best

I like Roberson and I'm not willing to write him off owing to a loss to Vettori who as I said originally is far better than the great Tapology unwashed gave him credit for. Not against a one-dimensional shaven ape like Dalcha. Who's he beaten? Townsend? By dec?  No.
Roberson ITD.

The problem with Grant is that he's low-output and low-variation. I question his conditioning and his ability to adapt if and when his go-to, which is a long straight slip overhand over and over, doesn't bear fruit. The Leech is a solid fighter. He dropped his last one, but it's not hard to lose to Magny and his only other loss in his last 5 is to another strong wrestler in Mathews, which grant is not. Li has never been stopped by strikes. That could happen here but the odds are it won't.


I like Cub but he's really ******* up against it here stylistically against Pineda who has more chances of winning this fight by every method and anywhere it goes. I've faded him quite a lot in the twilight of his career but even though I've been correct in doing so with one exception, he's always put on showings far better than I believed he would. But my gut is telling me he's going to get merked here pretty horribly. Pineda is legit. Nobody who does that **** to Herbert Burns is anything less. He has finished his last 5 straight and Cub is 1-6. Writing's on the wall.

@Duck I can't believe anyone is picking Charles over Tony. Sandpaper-wrapped-*****-and Sriarcha-lube ********.


Seems like Robertson vs Lee fight is off due to Lee injury. She will fight Taila Santos on next event. Anyone knows smth about it?

Figueiredo vs. Moreno
Moreno, DEC
Figueiredo is big for the Flyweight Division, but he has been known to struggle with weight cuts, and this is with 3 weeks to cut weight again, I either see Figi missing weight or making weight, but looking dead inside,
Moreno is a real challenger, though Figi came into his Perez fight knowing he will fight again, Moreno didn't, Moreno has the skills to bet him, he can mix up the striking and takedowns and MOST IMPORTANTLY, he can go 5 rounds, which Figi can't, even not including the weight cut. Though I do find it hard to bet against the champion, who only needs one shot and pulled a guillotine when Perez had his back, I keep on going back on forward on this one.
Both fighters are very used to suprising me, overall, because of the cut I have it 50/50 . Because if Moreno wants to win he will probably drag Figi into the championship round he could get him, but first, he has to survive rounds 1 and 2, if it gets past 14 minutes, Brandon's chances soar to 68%.
P.S if Brandon wins I want to be the guy who predicted it so I'm saying Moreno, though I am leaning to Figi, or am I, I am stuck. Also,Moreno has NEVER been finished, but the guillotines of the champ, but the weight cut and Moreno's chin and cardio, AAAAGH!

Ferguson vs. Oliveira
Ferguson, SUB R2,
This one is close but Charles does not like to be pressured and he has been submitted a couple of times, it is a three round fight which is good for Oliveira though.
55/45 to El Cucuy.

I'm not even going to waste my energy getting excited for this stacked card, it'll be ruined by Saturday. Just waiting on the breaking news day by day. At this point there should be betting odds on which fighters will contract covid during fight week.

Lee vs. Robertson Changed from Confirmed to Cancelled

Figueiredo vs. Moreno
Deiveson Figueiredo, SUB, R1
Figueiredo is just too swift and too well calculated, I don't see anyone beating him any time soon. Moreno will realize he can't out strike him, go for the takedown, blink once and Figueiredo will have him in a chokehold

dos Santos vs. Gane
Ciryl Gane, TKO, R1
Poor chinny chin chin. I'm sure JDS is on that list of fighters Dana wants to get rid of, JDS might beat him to the punch

Dern vs. Jandiroba
Virna Jandiroba, DEC
If you enjoy bjj you'll enjoy this fight. Will be a lot of tangling and transitioning and both have never been submitted. I think they'll cancel each other out and Jandiroba will win due to her better striking ability

Holland vs. Souza
Ronaldo Souza, SUB, R3
"GOING WITH JACARE SOUZA & IT REALLY HURTS ME TO SAY THAT"

Swanson vs. Pineda
Cub Swanson, DEC
"HE'S BRAINWASHING ME WITH HIS ROIDS"

Grant vs. Li
Jingliang Li, DEC
"STILL IN HIS PRIME"

Looks like Roberson v. Lungiambula is off the card due to COVID. They're trying to move it to 12/19.

Do two or three C-19 test in a row, flip a coin cause it’s going to be different every time..

I know this isn't technically fighting information but we're already off the rails, as per usual. So I'm going to take this time to offer a bit of an explanation.

1.) Viruses are weird. They have a lot of weird components to them, but the main thing about them is that they are basically organic copy machines (RNA) that use your own body's materials as ink. So once the virus infects you and it gets inside your cell it starts copying away making more and more of itself. Naturally these copies seek to hop to another cell and do the same thing making this infection pattern inside one person grow exponentially.

2.) Well, if it's not alive really. We can't culture it and measure it. We can't effectively stain it and measure it... so how do we measure whether or not someone has this virus? There are a few ways, but the only cost effective way is to measure how much of this 'copy machine' exists inside a persons cells. Now we're talking a nano-sized particle that grows exponentially. So if you're in the early stages of infection that's less than Jon Jones picograms levels. Almost impossible to detect. But remember what I said earlier about how this thing copies, and then those copies make copies. And those copies-copies make copies... rinse and repeat.

Conlucsion: It is very feasible for someone to be negative for the viral "load" (giggety) simply because they only have a few hundred total copies of the viral-RNA at the moment. Whereas any given SINGLE cell in your body normally rotates about half a million RNA molecules. Then, since the turnover rate of the virus is a few seconds they could very easily test positive mere hours later as the virus "copies"

Disclaimer: this is a very very ****-tier IQ explanation that I thought would be appropriate for the conglomeration of animals on this board.

Yeppers ^  I know all about it, I just try really hard not to speak of it on Tapology…

Fights off, Karl has COVID. Being moved to the Dec 19th card

Figueiredo vs. Moreno
Deiveson Figueiredo, SUB, R3
"Figueiredo is just too large, too powerful, and has confidence through the roof"

Ferguson vs. Oliveira
Tony Ferguson, DEC
"TONY FERGUSON will put on a emasculate performance with blood and black eyes and have his hand raised in a brawl"

Holland vs. Souza
Kevin Holland, TKO, R1
"OOOWEEE the Trailblazer is back in the octagon, he's gonna bring his loudmouth and big hits, and is going to retire Souza"

Dos Santos vs. Gane
Ciryl Gane, TKO, R2
"Hate to say it but JDS has been punched too many times, Gane is a future contender, and is going to make slight work of JDS"

Hooper vs. Barrett
Chase Hooper, SUB, R2
"Fighting a scrub, this man is still too young and has a lot to learn in the cage, but will be able to get his hand raised here"

"Giv'em The Three Piece With the Soda"