I was watching Felder v.s Hooker on ESPN PLUS, and I am curious as to how many of you, heard the same statements, as well as saw the facts, granted I know that statistics don't win Fights, however the way that Fight was scored was a complete failure. During Rd 3 Hardy said that Hooker had pulled ahead in SS's by 2, but by the middle of the 4th and to the end of the Fight, Felder landed 20 more head strikes, 12 more body strikes, and Felder was out struck on the legs 28-18. I literally heard them say it 2 times minimum, and I saw the stats on ESPN. The biggest problem I have with the scoring is that Hooker was rewarded with 4 minutes and 42 seconds of control time and Felder 1 second. I watched the Fight 3 times and through 3 1/2 rds, Hooker had 1minute and 18 seconds of control time, yes, he scored a TD, in rd 5, with 1 minute left but he didn't do anything with it. After the BS decision was read, I happened to check the significant strikes again and they mysteriously changed in favor of Hooker, all except the mysterious control time. If they are giving Hooker basically 1 round of control time, there is a serious problem with the scoring system, because after the 1 minute and 18 seconds of control time he had, I had him having 20 more seconds from 6:30 seconds, when in reality he spent a minimum of 2 rounds running, after Felder cracked him with a right in the jaw. In my opinion the scores of Felder v.s Hooker were way worse than Jones v.s Reyes. If anyone here is interested in listening to the biggest clown in regards to MMA, listen to the MMA GURU on YouTube, and do me a solid and tell him to get a new hat, also he said that hometown scoring doesn't exist. ✌ 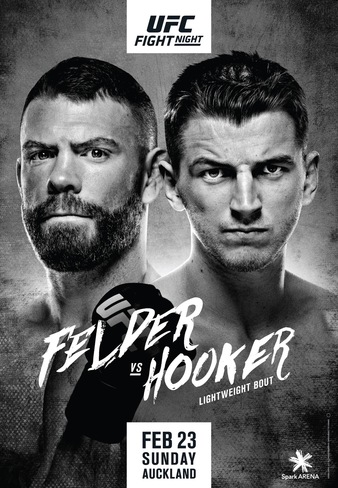 Ovince St. Preux is 37 today! Send him a Tweet.