Forget the DQ, the real story is Hardy can't fight


Even if the illegal knee never happened and Greg Hardy won by TKO or Decision, I had already seen enough to believe he doesn't have much upside in MMA. By viewing him in action beyond the first minute of a blowout Contender Series match, it was clear just how limited his skills are. Doesn't know how to wrestle. Doesn't have good cardio. Doesn't know what to do in the clinch. And the striking is just sloppy haymakers. His hand-picked UFC opponent was taunting him by the middle of R2.

Sure, he could focus and work on his game for years and continue to improve. But to what extent? There seems to be no fighting foundation whatsoever to build off of, other than being a big strong guy. So his development will likely be slower and with a lower ceiling than people we've seen transition into MMA from wrestling or striking backgrounds.


The UFC mentality these days does not seem to be about slowly developing talent, and a slow development is what Hardy would need in order to thrive. And even if the UFC *was* willing to slow things down and give him time to grow, I'm making an assumption Hardy will want to earn big paychecks NOW. It's hard for me to see how this is all supposed to be compatible and work out. 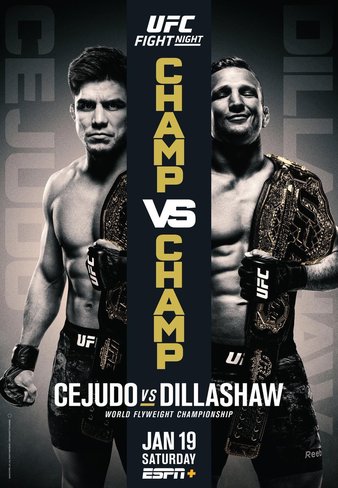 Dana White on the same topic

“One thing that I did learn about Hardy tonight, he can fight,” White told reporters in his post-fight scrum. “He can fight, he’s an athlete, not only can he punch hard, but he can take a big punch. He got hit with some good shots tonight, his ground game, I think everybody thought if he got taken down to the ground that was gonna be the end of him.

“He got out of trouble on the ground several times, and he learned a lot tonight.”

The UFC has been criticized for its decision to sign Hardy, who was slapped with a domestic violence case in 2014. White, however, says the 30-year-old athlete will be able to carry on with his career in the UFC.

Dana boldly lying to protect his potential investment and what he considers  potential cash cow.

LOL i hadn't seen that!!

I mean....How did anyone think it would be impressive if he did anything but roll over Crowder? I mean...I'm not trying to be mean, but Crowder is honestly not good. I wouldn't even consider him a decent heavyweight, and I generally have a very low opinion of what it means to be a decent heavyweight. Hardy was likely losing the fight by the time the illegal knee and late punch occurred. Are they seriously going to sign a fighter worse than Crowder to feed Hardy? That seems like an obnoxiously bad business model. CM Punk was terrible, but at least he had a name & fans. Hardy brings nothing but problems to the business.

Yea the hillbilly was awfully confident until Hardy gave him a way out, Crowder took it immediately. I saw a man who wants to inspire the people around him quit as soon as sh*t hit the fan....


Its not like Crowder did anything to Hardy....no damage anyway. Did nothing with top position and almost got KO'd in a transition so idk what fight you were watching...but I saw a mean young unskilled man tee off on a "professional" and make him quit. I'm sure Crowder cried in the back. "oh mommy! that mean, bad man hurt me!"

If Iaquinta can go from getting choked unconscious by Mitch Clarke, a garbage man, to fighting Lee in a Fox main event....Hardy can become a decent HW.

Iaquinta hadn't hit his prime when he fought Mitch Clarke. Hardy's already 30. Not a good comparison.

Did Hardy do more damage? Yeah. He probably still lost the first round, so still, not a good argument. Looked like 2 bad fighters, one had some athleticism the other didn't. That's it.

Its a very good comparison because Mitch Clarke is 1 of the worst fighters in UFC history and Ragin Al got smoked by him. Doesn't matter if Al was 12, injured or half-dead, he still got choked out by Mitch Clarke.

UFC likes money. Celebrities do sell and potentially bring the UFC to a new audience. The UFC needs to sign more celebrities. I don't care if they have any athletic background at all.

I'm tired of seeing all these "well-rounded" no-namers decisioning each other on the pre-lims. It gets pretty bland. Can we get someone who absolutely suck for a change?

Like I miss the days where it was the boxer vs. the sumo wrestler or the jiu-jitsu guy vs. the karate guy. Where both fighters have holes in their game. We need to bring these matchups back. They were fun, one-sided fights one way or the other. I mean why can't we have the kickboxer vs. the former baseball player or the pro wrestler vs. the Green Power Ranger?

It's not like we're undermining the integrity of the sport or some **** like that. That's been long gone for a while now. So just go all out and do it, Dana.

They gave Hardy a fat light heavyweight journeyman, and he showed that he didn't belong in the co-main event.  At this point, with his skill level, Hardy does not belong in the UFC.  If I guy like Crowder can hang in there, a legit heavyweight will kill Hardy.  Being a great athlete doesn't always translate into being a great fighter, certainly not this soon.  I have no interest in seeing Hardy fight in the UFC again.

"I don't want to have to do this living. I just walk around. I want to be swept off my feet, you know? I want my children to have magical powers. I am prepared for amazing things to happen. I can handle it."

I'm not sure why Hardy is getting the red carpet treatment. Maybe because he's an ex NFL star? In any case, you wouldn't expect him to be good at this stage of his career.And he isn't. He'll be a lower-middle tier HW. Guys like JDS/overeem/Tybura/ etc will demolish him to say nothing of ngannou, velasquez, Miocic, and DC if he hangs around.

He's a *************, so I hope he gets fed to one of the aforementioned guys soon. And Dana is making excuses for him despit the fact he's a wifebeater, so I doubly hope it happens.

They're not gonna let hardy go im sure they already payed him a ton of money and they put him in the co main to see what kinda return they get on their investment.

He definitely should be on the undercard only from now on till he earns a main card spot.

I agree with worstprediction man in theory the circus fights are always interesting too bad they always suck.

Hardy ain't the worst on the roster. Crowder stinks he took the easy way out. if crowder was anygood he should have ruined hardy on the ground. And if hardy really sucked he woulda never got up off the ground.
Does he have holes in his game? Yes! Big giant holes. But so what half the roster does too especially at heavyweight.