This is the official discussion thread for Brown vs. Condit. Let's see what you've got. 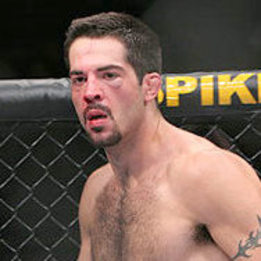 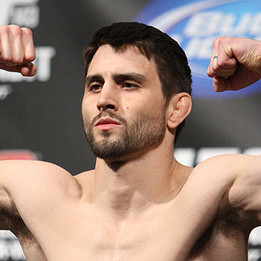 "The Immortal" "The Natural Born Killer"

Does the horrible slide continue? Or will Condit bounce back now that he's shaken the rust off?

I think Condit still has enough to beat Brown. The showing against Magny wasn't terrible, he just had a lot of ring rust. If he'd fought like he did in the third in the first two, he'd have won the fight.

That was more than ring rust in there,he looked mentally out of it.He's one of my favorites but idrc if he fights again,this is kind of a perfect match though for both of them and the fans.People have made good comebacks after looking like they don't give a **** (Lawler vs a ton of people) and then comeback back like their old self or better than ever,so one more go at it isn't bad I just don't want to see that version again.He's just getting money while he can imo but of course that's just a guess,but it is how he performed.A super experienced maniac in the gym shouldn't have too much problems with ring rust.

Well yeah, where he's at mentally is a big question mark. Seems disillusioned and does flip flop a lot on wanting/not wanting to fight. But by the same token, Brown is retired--or isn he?  Also, brown was given a fight that served to showcase him natural game in Sanchez, who is a march-forward kill or be killed type of dude. whereas condit got Magny who is a defensive decision machine.

I agree it's a good bout based on where they are in their respective careers. Not sure it's main even worthy but I'll tune in.

Both are likely going to retire soon. Maybe Condit looks to have less of a downturn? No idea.

Great fight either way, surprised they never fought before.

Condit looked like he went in against Magny without a semblance of a gameplan. If he does the same to Brown, Brown will finish him. We'll see.

Why is this only a 3 rounder?!

In order to be a five-round fight, a fight must be either the main event or a title fight.

A crazy fight - but Condit will take it away as Brown flags in the final round.

That long elbow brown dropped on Sanchez was some of the most brutal **** I've ever seen. I cringed. However Condit is not Diego and almost certainly isn't going to open to one of those. I don't think Carlos gets a finish but he should be able to outwork Brown for at least a 29-28.

I disagree wholeheartedly^ if anyone outworks anyone it's going to be Brown breaking Condit, I would actually be so bold to say Condit is shot as a fighter and he needs a KO to beat Matt.

Have a hard time seeing Condit win based on the fact that he's pretty much done mentally. IThe outcome of the Magny fight was predictable, if only for the fact that Neil is great at mixing things up. Here, however, he is fighting a guy that will engage in a brawl, and is very vulnerable to certain strikes.

Make no mistake about it, Matt Brown has the tools to overwhelm Carlos, but if anything comes in contact with his body, he's gonna fold or at the very least back off hurt, that even happened against Diego. Very interesting fight that could swing in either guy's favor with just one strike.