This is the official discussion thread for Ferguson vs. Nurmagomedov. Let's see what you've got. 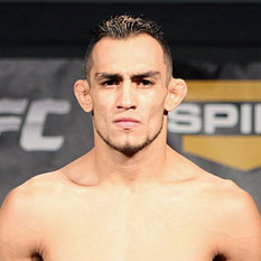 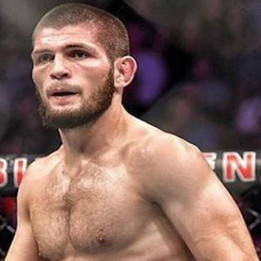 Supposed to be going down in Brooklyn for the Undisputed title.

This is a great fight, but it's also one that favors Mcnuggets and is by design to meant to. The UFC are giving Khabib a chance to lose a worse stylistic matchup in Ferguson; working in top position in the guard of someone with the BJJ skills of Tony is a dangerous prospect for anyone, even a superhuman smash****** like Khabib. Khabib is a much, much worse fight for Mcgregor than Ferguson who I think Conor would KO/  TKO  off the back foot with a left cross, early.

I'm going to pick Khabib but I won't be surprised at all if Ferguson catches him in something. Khabib likes to stick his neck out, which is probably owing to the fact he's such a beast. Think it lasts at least 4 rounds, with Khabib winning by decision or TKO in the 4th.

This will be nowhere near the mauling Khabib has given anyone. Round 3/4 Tony could easily catch him whilst in full guard. A bit like when Pettis was trying those constant arm bars against Poirier a few weeks back. I take Khabib here by decision. But Tony will give Khabib his biggest challenge yet on the floor. I won't be excited for this until I see both men making their way to the octagon.

"Train by day, Joe Rogan podcast by night, All day!"

Really looking forward to this fight.

How can anybody root for Ferguson after what he pulled on TUF?

Or Jesse Taylor - even though their "drug of choice" is legal.

Both guys come to war and I have only respect for them. Khabib finishes Tony in the 4th. It'll be sad to see but i think a tko is inevitable.

"My weight is not enough and my strength is not enough, so I have to take the fight by mastery" - Fedor Emelianenko

If you look at most of Khabib's very impressive record, he's fought mostly a certain style of fighter. Wrestle boxers or others with not much skill off their back. Those guys are only looking to wall walk and get back to their feet and don't make Khabib work in the same way, whereas Tony is a completely different style of grappler and striker. He'll look to control posture, set up submissions, sweep, and land hard elbows to your head, and he does all that really well. The question is will Khabib's top pressure and ground and pound be enough to control Tony for all 5 rounds? I'm going to go on a limb and say no. Khabib has shown in many fights that he starts to fade around the late 2nd and 3rd round of fights. He gets very flat footed and sloppy, even more so than usual and really tries to hold guys more than finish. That's where the championship rounds will come into play in this fight. I think Tony submits him from the guard or TKO's him after Khabib is drained.

" Adapt what is useful, reject what is useless, and add what is specifically your own. - Bruce Lee"

Like every Khabib fight, this is a matter of Tony's grappling and takedown defense. Can Tony beat Khabib on the feet? Yes. Does Khabib want to take Tony down? Yes. I'm basing my pick on this fight off of Tony's performances against two other opponents who have similar skillsets to Khabib and who fought fought Tony in ways similar to how Khabib will, Danny Castillo and Kevin Lee. Danny Castillo had quite a bit of success against Tony, he was able to take Tony down, maintain top position, and control the grappling exchanges, and he took Tony to a very close decision that I personally think he won. Kevin Lee was also able to take Tony down, maintain top position and land ground and pound, though Tony's jiu-jitsu ultimately cost Lee the victory. I don't think Tony's work off of the back will be enough to shut down Khabib's top game. Khabib's ability to maintain positional dominance and land damaging shots from top control is unparalleled in MMA, as he's proven time and time again. I think that if Castillo and Lee had the success that they did in controlling Tony, then Khabib will be able impose his game on Tony just as effectively as he has on everyone else, though I don't think Tony will break after a few rounds of being Khabib'd. I think Khabib will be able to match Tony's cardio, though. He's never visibly faded in a UFC fight, and he's trained at elevation in the mountains of Dagestan for his entire life. After he beat Barboza, he said "With 30 minutes rest, I could fight one more time."

I'm sure people are going to downvote me for being too pro-Khabib, but if you look at my prediction of Khabib-Barboza, that fight happened exactly how I said it would.

So hard to pick a winner, I think they will have a trilogy though, clearly the 2 best at LW.

I have to go with Khabib. Both guys are on a crazy streak, but I feel nobody has the right answers for Khabib, while Ferguson has been in trouble. If he tries to work from his back against Khabib or go for crazy imanari rolls, he will end up being rode to a decision.

Khabib will kill tony. Khabib is too much of a savage. tony was barely beating kevin lee until kevin gassed out. kevin lee had tony on mount at the end of round one. tony will not be able to get khabib off of him.
#KHABIBTIME

I'm happy the LW division is so deep.  According to the conspiracy theory I have been working on, Khabib is the final push on the doorway int Russia.  I want to see Khabib smash Conor but I've given up on that.  I really like Tony, think he's a solid champ but I think he loses to Khabib because  of what we saw in the K.Lee fight.  I'm thinking Lee could be the champ in the next 18-24 months, I think that guy has something special. Very interested to see how the new guy Hernandez fits into the picture, he's in the top 15 and there still almost no tape on the guy.  Did I mention how happy I am with the LW division?

I think Tony going to surprise most people with finishing Nurmy.

This is THE match-up at 155. An unstoppable force vs an immovable object. Baba Yaga vs El CuCuy. Best grapplers in the division going at it. Can not wait!!!  #KhabibTime

It's probably my most anticipated fight of the year. Mcnuggets will be praying that Tony catches Nurmy in a sub, because he's got a very real chance of beating Ferguson. He's got nothing for Khabib.

I'm taking Khabib by late stoppage in the 4th.

I'm surprised with all the people talking about how good Tony is off his back.I don't think he's submitted anyone from his back,not that I remember anyway and every sub he has is a choke,most or all in transition too.Like when he got wrestle ****** by Danny Castillo and didn't do **** from his back (again iirc it's been a long time) but I remember being unimpressed with the work from his back and the fact that he kept looking for subs while never getting close to anything instead of trying to get up in a decision he got but I thought he lost at the time.

People improve and Tony has obviously improved a ton,but I have zero confidence with him catching anything from his back.He's amazing in the transitions,off of failed td attempts etc. but off his back I just don't see him doing much.He should have tons of chances to lock in a d'arce,guillotine etc. but I think people are overrating his game off his back,at least from what we have seen in the past which is very little minus the Castillo fight.

I think Tony can catch anyone with those chokes and he could have a great cardio advantage in the later rounds.I think Khabib will win a late tko or decision.I could see Tony catching a choke but I really don't see him getting anything from his back,although like I said we haven't seen enough work from his back recently so it's not clear how dangerous he is there right now.

Are we assuming it because he's an Eddie Bravo protege?I'm sure he's good off his back but his bread and butter are obviously his chokes in scrambles,snap downs to choke,failed td's etc.I can't wait for this fight it's going to be crazy.

Welcome back Kuma. Ferguson triangled lee off his back, so there's that. And Lee is a very high caliber wrestler and was likely pretty slippery at that point. I do agree with you on the whole though, I think the chances of Tony catching Nurmy in anything are low, somewhere in the vicinity of 30%.  Khabib does stick his neck out a lot but I think he might just be such a badass that he can afford to be a bit reckless.

Cardio, I'm not so sure. I think that's either  a push or advantage Khabib. Tony was visibly gassing in the Lee fight. Not critically but he had definitely lost quite a bit of pep by the time he hit the sub in the third. By contrast Khabib was fresh as a daisy after throwing god knows how many hammerfists on Barboza at the end of the third. Granted Lee is is  tougher prospect on the ground than Edson, but work is work, ya know.