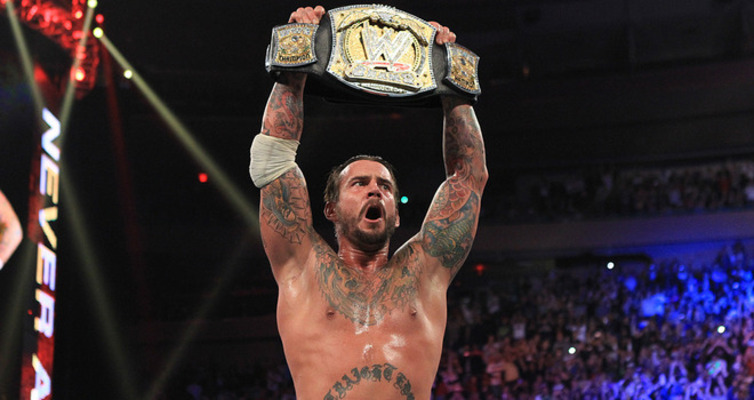 I feel like 26 events a year is the sweet spot.  Every 2 weeks.  Have a monthly PPV with a stacked main card, and 2 weeks before and after have a free show with prospects and fun fights.

Don't go away long enough to lose interest, and don't be on so often that your fanbase can't keep up.

@Live has basically dropped the WORD on this thread.


Dana White said he's gonna fight someone with a similar record. I've never fought before either...so...that mean I'm in the running? Lol
But seriously, I get both sides. I've always wanted to see Shaq fight in the octagon (as he's lobbied several times). But I also get the "oh they'll let CM Punk fight in the UFC, but not Ben Askren, who's a real fighter?"

To me, the whole thing is like Brock Lesnar's title fight. If he gets his ass handed to him, then *** were they thinking. If he wins, then he belonged. I wanna see him fight before I pass judgment.

I'd love to see if the UFC could get their hands on Joe Schilling from Bellator for this fight. Schilling has had submission issues in the past and that is CM Punk's main strength if you could call it that. 0-0 vs 2-3 (MMA)? I'd take that as the closest thing we could get while leveling MMA experience while having a fight that meant something to the UFC.

"I am the real Nick Miller"

He should fight the Undertaker in his first fight.

"I don't want to have to do this living. I just walk around. I want to be swept off my feet, you know? I want my children to have magical powers. I am prepared for amazing things to happen. I can handle it."

@Dakej, theyt can't do that, they're contractually obligated to give Fox a steady flow of content. x "big Fox" shows and y FS1 shows need to happen.

It's one of the main reasons the UFC went all out on signing fighters and started watering down the PPVs (saving the crazy good cards for the big Fox cards), they needed to populate those shows.

They have to put out the numbers - that's a given.

Big Fox - stack
PPVs - title fights will sell them (oh how they were wrong with this one, but they're starting to notice that, which is how 178 and 181 happened).
FS1 - better FN cards
"Local" shows (Australia, Europe, etc) - Good headliner, good co-main and ****load of local talent, as far up in the rankings as possible (so card strength varies depending on how good the fighters from the area are).

You also need to remember that they have TV deals elsewhere too (BT sport, Brazil, so again, I imagine they're obligated to put on a specified number of shows that those channels get to air exclusively in their "region").

The UFC aren't putting on 45 show a year because they want to ... I'm pretty sure that optimally they'd like to put on a bit less, they know their product isn't looking as prestigious as it used to be, they can see the PPV buys per event dropping, they hear all the fan's comments and aren't as dense and stupid as people may think. The thing is, the REAL money these days (and even more so in the future) is TV money. You get football teams (or soccer as Americans call it) from smaller countries where making it into the Champions League can change a team's whole existence level on account of making more from their cut of EUFA's CL TV deals than they'd ever make if they weren't there. Most sports these days get the most income from advertising and TV deals so the UFC are accepting the criticism because they need those TV deals to maximize profit. Which is why don't expect any kind of drop in cards output because "they're losing money" or "making less money". They have to do this ... at least until TV contracts are up, then they'll probably review and see if they can find a sweet-spot or just keep doing it because it's the best option.

They weren't wrong about title fights selling PPVs. It just has to be the right title fight. The best selling PPVs of the year didn't have amazing undercards. UFC 178 didn't sell huge despite having top ranked fighters top to bottom and McGregor.  This years lacking sales has been due to injuries. Every time Rousey, Jones, and Hendricks fought it got 300k or higher and Weidman broke 500k. But guys like Mighty Mouse, Dillashaw, and Aldo can't hit those numbers. Anything over 100k for MM and Dillashaw is good and just about 200k for Aldo.

That not only is funny but a good question. UFC does not like showing companies that dont pay their sponsorship fees. Would be funny if they made him wrap his arm. I kind of doubt they would do it just because it will show how petty they are. But it would be hilarious if they made him wear a sleeve or something like Iverson had to do for his tattoo that the NBA didnt like.

Is that really why AI wore the sleeve? It makes sense now, but I guess I was young when he was in his prime and I just thought it looked cool.

I haven't watched a pro wrestling match since around 1997 or so, but I am about to watch CM Punk against John Cena to maybe get some sense of what kind of athlete CM Punk is.  I'm just trying to see why it is he thinks he can do this.

I think the main issue I have with this is that in order to have him fight in the UFC, they also have to import an opponent suitable for him (which wasn't the case with Lesnar because Lesnar was a decorated NCAA wrestler, already had one fight under his belt, freak show or not, he showed he doesn't get creamed by a pro and is a FREAK OF NATURE!).

He has no competitive credentials in any combat sport and he's not AS athletic enough to make up for that difference and he's 36.

So either the UFC sign a scapegoat, which is bad for the brand, also that scapegoat has to be so novice you can't put them on the main card (can Nick the tooth make 185?) for him even to be a scapegoat or they need to dabble into fight fixing (or at least ask him to win in a less devastating fashion) if it's a good ammy going pro and that's even worse. I don't think he can survive more than half a round against anyone who's "UFC level", strike that, RFA level, Titan FC level, Legacy level or KOTC level. My opinion at least, I may be VERY wrong.

That said, worse things have happened and I don't see it as such a calamity as may have come across from my prior posts and I accept the fact that this is all my opinion and he may surprise the **** out of everyone.

Main question is, is the UFC the premiere MMA promotion that only does things that are primarily for entertainment value and not necessarily "deserved" within certain limits or are they going full "anyone can fight in the UFC if he's got enough Twitter fans and has the celebrity profile to train with the Gracies"?

Main thing is, if they're not going to sign some complete bum to fight him they're also disregarding his health in a serious way and I don't think they'll risk a celebrity death so they're gonna set him up against someone really weird, imo.

Maybe the better way to go would be to have a "Celebrity fight" spot on one of their festive cards once a year in cases like these and see how the dude looks against another athlete who dabbles in MMA before putting him against a professional ****kicker.

OR ... they may just end up making this happen:

Wow, that's quite the announcement Joe Rogan (not!) don't give a **** if CM Punk is coming to the UFC. Have no interest in this guy and it saddens me this is big for the UFC. Get a boxer, a high profile wrestler with legit credentials, judo, BJJ practitioner. Anything else. Sorry wrestling fans.

That couldn't have given me less insight into what kind of athlete CM Punk is.

I think Phil Brooks vs Jason Frank is the best thing UFC can do. If you're going to make a spectacle fight. you might as well go full spectacle. If they have Phil fight a 0-0 no one knows on PPV it will look real bad. The fact is there is no way this can be a undercard fight and almost no way this will be on anything but a PPV. at least if they have him fight Jason Frank both guys are famous and are some what close in experience. Whomever wins can carry the publicity torch and having two famous people fight each other makes it the spectacle it is instead of a obvious "were trying to give CM a win" fight. This can be UFCs PRIDE moment. Like Hong Man Choi vs Fedor or any Emmanuel fight.

I could complain about it. Argue for the purity of the sport I guess (forgetting MMAs history and ties to prowrestling). I could have a tantrum regarding Askren not being in the UFC, pointing out that the alleged reason for Askren--an undefeated Olympian-- not being in the UFC was that he didn't have enough experience.

But that would be pointless. And hypocritical of me. Because I would buy the PPV CM Punk is on, if for no other reason to see the spectacle that will likely unfold. And I've never even seen this guy in the WWE or wherever he is from.

Meh. I am curious of course, but wouldn't shell out 60$ to see it and would rather it didn't take up a PPV main card spot. On the other hand, I don't know the guy from pro wrestling so I'm not exactly the target audience, I can imagine more people would shell out 60$ to see CM Punk's first fight than say Costas Phillipou vs. Tim Kennedy which is a legitimate (is that even a relevant word anymore?) main card fight.

Regardless if he's a decent fighter or not, I really think this alienates MMA fans. It would be stupid to not put him on the PPV, businesswise, but I don't really want to pay to see a UFC ammy fight (which is pretty much what it is)

"All I guarantee is Violence"