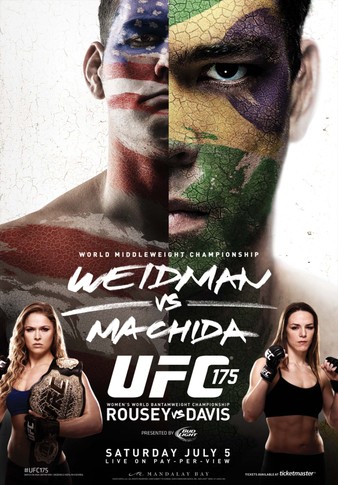 I saw this on UFC Tonight, doesn't make much sense.  Davis vs Johnson winner makes the most sense

Dayum. Feijao could pull off the upset here and it does nothing for Cormier if he wins as well.

My god the UFC is absolutely ******** with their match making sometimes.

It does more for him than beating Patrick Cummins..

Cormier cannot get a title shot off beating two guys outside the top 15.

You can still arguably give him the title shot. He undefeated, was ranked number 2 in the heavy weight division and  ran through a number of top 10 heavy weights. Hell they could arguably just give him a shot based off that alone, so add two victories over  two guys in the top 20 at light heavy weight and that just icing on the cake.

nogueiras comin off the wins over tito and rashad hes right at the top. him and cormier need to fight I say

"Be water my freind"

Hey. Nogueira pulled out of the Gustafsson fight 5 months in advance due to a lingering back injury.. Give the guy some recovery time!

"You can still arguably give him the title shot."


Yep. I think Cormier has been in that [undefeated] position for a long time where Zuffa knows if someone gets hurt or fails a drug test going into a championship fight, they can call DC on short notice and he'll step up and fight for the title and would make a legit contender.

DC probably wants to stay active. Feijo is no can, an impressive win here does nothing but raise Cormier's stock.

Knocking off the top contenders is as much Jones' job as it is the other contender's. If I were Jones or Gustafsson I'd simply refuse to fight Cormier until he gets a top-5 win at LHW.

EDIT: Now that I think about it, Cormier has no top-5 wins at heavyweight either.

"Let's just say if we fought again I wouldn't need to keep my hands up." - Luke Rockhold on Michael Bisping's punching power

I just hope DC does not lose.  I want him to fight Jones.

@Rappinpapsoda, what if the Gus wins?

I have the feeling that JJ will not lose if he rematches Gus.

Jones lost the first time, and to me Jones is the type of fighter you gain a lot from in fighting him twice. Gustafsson has.appeared to be improving more in the last two years than Jones also. Gustafsson outclassed Jones until he gassed mid 4th round, so we will see if Gus can improve his cardio or if that was his ceiling. Jones has a bit more ingenuity and Gus has more power...they're very much so even rivals but Gus has an entire country and to a less but still real extent continent to bare. So yes, I'm saying Gus even has more to fight for.

The rematch will possibly be my most anticipated fight ever. Gus has so much heart, he's so skilled and calm minded....as if he see's most everything. I felt Jones was great but to claim he was the best ever...when GSP, BJ Penn, Anderson Silva, Jose Aldo or **** even potentially Cain and Weidman broke onto the scene as impressively or more so....I know Jones beat big names but by default. Before Jones took the throne itwas a merry go round of past primed 30something yearold former champs  I was getting tired of watching ( besides Machida but that was a gross size difference for Jones) I mean ehh. Glover, Cormier and Gus...Jones gets through them Ill proudly call him the greatest ever.

I don't think he will get througg them, the first time he fought someone young, improving and hungry like himself he arguably lost. That's no coincidence, I saw it coming. He will beat Glover  in rounds 3-4 badly, the slowness of Glover and questionable cardio is just too much to overlook. Cormier or Gus are all Jones can handle, my opinion.

Ok is this some kind of sick joke...

Feijao is a devastating striker who knocked King  Mo and Yoel Romero the **** out...His track record against high level wrestlers is great. This is a potential scary matcup for Cormier but makes no sense.