This is the official discussion thread for Aldo vs. Edgar. Let's see what you've got. 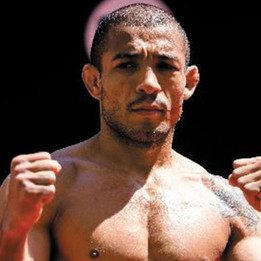 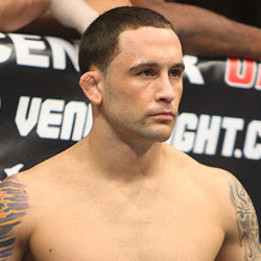 
he did indeed. thats why i got him winning.

i see Edgar winning the second round, but slowing down because of the leg kicks in another decision where every kick hurt to watch, like Saffiedine/Marquardt or Aldo/Faber

I have picked against edgar so many times, I really dont know whats going to happen in this fight but despite my dislike for him he is a scrappy little dude with tons of heart!

Honestly, not too worried about a correct pick here ..

Frankie Edgar and Jose Aldo are FINALLY stepping in the cage together..

Yeah, should be an epic fight, I picked Frankie but really not sure Aldo is so dangerous. cant wait to see **** go down

Edgar is tough as hell, but watch all his fights. He gets tagged a ton and Aldo is light years ahead as a striker compared to anybody he has faced before

Edgar was also fighting fighters who hit a lot harder than Aldo. Don't care what anyone says Maynards power> Aldo's power. It's not like he gets dropped in his fights though. He was knocked down and battered by Gray and kicked with a up kick by the Benson the buckled his knees. We also don't know if the drop with be better for his speed and power against fighters his size. Two things Frankie has over Aldo are, Heart and Cardio. Should be a great fight and could definitely go either way. Really excited to watch this one.

"Under my tutelage, you will grow from boys to men. From men into gladiators. And from gladiators into Swansons.- Ron Swanson"

edger struggled with the unorthodox striking of current Lightweight Champion henderson. so how is he going to go with aldo one of the best strikers in the ufc. i think edger will not want to brawl with aldo wich is a bad idea so i think he is going to try to take this fight to the ground but aldo has great takedown defence and is a bjj black belt but i dont think he will be able to submit frankie edger. i also dont see aldo knocking out edger so i think this fight will stay standing and aldo will win a close decision.

maynard's power>aldo's? i dunno man. i've heard kenflo say BJ hits pretty hard then recently say that first kick Aldo hit him with was "the hardest i've ever been hit". maybe he was hypin it, maybe not. aldo hits hard as **** and will hit frankie more often with that speed. but hey, you don't care what anyone says, right?

"get outta my face man! i gotta go get drunk"-Rampage

I think this will be like Aldo vs Faber.


And hopefully the judges will know who won.....

I am exited. A true superfight. So hard to pick...so Many scenarios can happen. All in all.....Edgar has been banging and beating giants compared to Aldo. I keep hearing that Aldo will be faster and that Edgar will lose skills going down ten pounds....I Just don't feed into that.....I See Edgar using the first few rounds to find his timing,and then out musclInG Aldo Into exhaustion by the 5th. Just as many say Edgar will lose speed,I say he brings more power than Aldo has ever faced. Can anyone imagine Aldo fighting Bendo,Maynard,Penn ....I freaking love Aldo....I'm A huge fan. But Frankie Edgar will be too strong,wear him down and pound him out late into the 4the is my official prediction

now now just because he beat your boy mr penn ! lol i dont see how

dam glad someone see it my way ! but i think Frankie ko him in 2 !

@trae ... when did you become a Frankie supporter? On the 1st page of this thread you said this.

"Cant wait to see Edgar get his **** pushed in while throwing 100000000 feints, and not actually throwing strikes"

I have finally seen the light..

Edgar could fight Overeem and I wouldn't pick against him. WAR EDGAR

if Bj penn Gray  Maynard and  Ben Henderson didn't knock out edgar what makes anyone think aldo can ! and anyone who thinks aldo has fought better fighters than edgar really needs to take a real hard look again

Because Bendo is totally known for his KO power.^