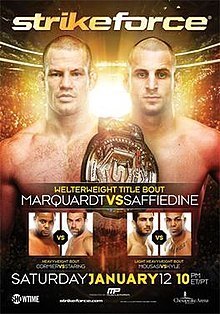 I never got to see Couture fight but for right now I will say Noons messes him up.

"Are we gonna jump, or we just gonna jerk each other off?"

I dont think Ryan has the takedowns to get Noons to the ground. He has some very underrated TDD. Ryan also doesnt have the striking to beat him there. I see this as a one sided UD for Noons.


This should be a very good fight, in a way it will show how well Ryan can handle himself against decent opponents. and KJ Noons could show him what it means. but after the last KJ fight it really makes me think, how much does Ryan know about the takedown and how much is he like this dad. this is the fight to show it.

what i mean is DC considered the SF champ?

if so this card is very jumbled. I hate to sound like Dana but the card should go from lightest weight class championships to the heaviest. But then again Gilbert is basically the face of the brand now.

Dc is not fighting for a belt, from what it looks like, his opponent is brought it for a easy win for DC.

Very tough fight for Ryan but if he wins this will be huge for him when they bring him in the UFC.

let us hope it is easy. lol.

I am looking at the guys rap sheet and it shows that he has only been KO/TKO only once. but then again there is no big names other than a lose to Little Nog. but other than that not much decisions for his win section. but still hopefully the kid from Holland can come to play.

Noons should be able to keep it standing and pick apart Couture all day long.

It looks like Strikeforce is going out on their shield, and saving the best for last. I think that since Cormier won the HW tourney, then he is the Strikeforce HW Champion, and his last fight with Strikeforce should be a title fight. **** it, why not? It's the last event of the organization. Make that fight count as a title defense for Cormier.

Luke Rockhold vs. Lorenz Larkin - Larkin has shown some great improvement in his all around game, and that the move to 185 was a smart one, but I think that Luke Rockhold is just the better fighter everywhere this fight can take place. Larkin puts up a great and entertaining fight, but Rockhold takes it by either 2nd or 3rd round KO/TKO.

Nate Marquardt vs. Tarec Saffiedine - This might be fight of the night. Nate Marquardt has shown that the cut to 170 has been, thus far, a successful one. His experience and well-rounded game will create many openings for him to take advantage of against Saffiedine. Though Saffiedine lost to an opponent that Marquardt dominated in Tyron Woodley, Tarec grew, learned, and improved from that fight. Though Saffeidine is a much improved fighter since his last loss, Marquardt will eventually prove to be too much, and win the fight by 3rd or 4th round KO/TKO.

Daniel Cormier vs. Dion Staring & KJ Noons vs. Ryan Couture = Two one sided fights. Cormier is taking on a fighter with a 28-7 record who looks great against C & D level fighters, but once Staring steps up to fight A & B level fighters, he falls short everytime. Cormier takes this one by 1st or 2nd round KO/TKO or UD. No matter how this fight ends up, it's going to be a one-sided beating at the hands of Daniel Cormier. Ryan Couture is not his father, and he never will be. Couture has improved over the course of his career, but I think that Noons will be just too much for him and get finished by 1st round KO/TKO or UD.

Great card, Strikeforce is going out with a bang!

What do you mean Final Strikeforce card. Are they merging with the UFC.(I've been realy busy with school so i haven't been on top of things)

"Be peaceful, be courteous, obey the law, respect everyone; but if someone lays a hand on you, send him to the cemetery."

@Beast Strikeforce's contract with Showtime ends in February I believe and Zuffa basically said they aren't renewing it and bringing over a ton of fighters and making a new Women's division basically for Rousey.

"That hole is tighter than a nuns nasty"

^ Legitimately.....it was stopped on cuts.

Noons was outboxing Diaz like a baws in the first fight. If it had kept going that way Noons had the best chance of winning. Diaz got a lot better before their second fight though.

"They are welcome to boo me but they have to pay for the privilege."