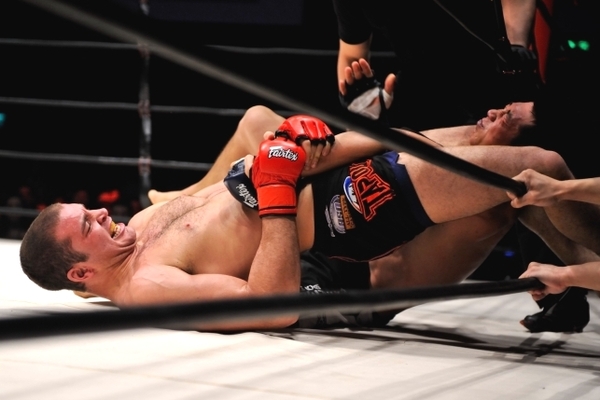 Tony Rossini is ineligible for regional rankings due to inactivity.
Fighters must have at least one completed MMA bout in the past two years to be ranked.

At first glance, Rossini’s background makes him seem like an unlikely MMA fighter. The middle child in a family of three children, Rossini was very much an introvert growing up, spending hours quietly by himself as he worked on his sketchpad, and ultimately enrolling in university to pursue a career as a teacher. Unlike many other fighters, Rossini wasn’t drawn to Martial Arts at a young age, focusing instead on sports like football and rugby. However, after dabbling in self-defense classes and Jiujitsu, his search for additional training led him to the Integrated MMA academy in 2007. Since then, Rossini has made a name for himself as one of Australia’s most promising young welterweights, stringing together a series of impressive victories, and showing significant improvement with each successive fight. Known for his elegant ground-fighting skills and powerful Muay Thai clinch, Rossini’s thoughtful, tactical approach to MMA has earned him the nickname “The Jedi.”