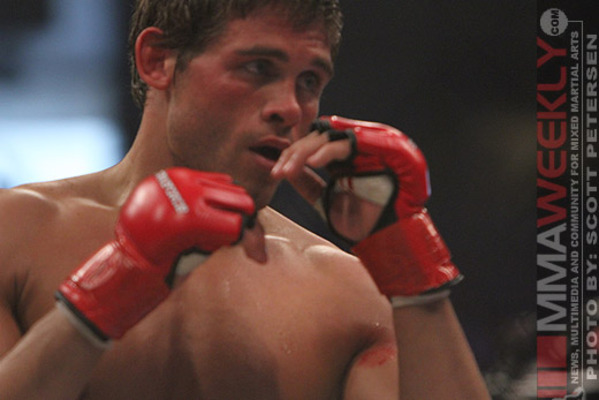 Ron Keslar is ineligible for regional rankings due to inactivity.
Fighters must have at least one completed MMA bout in the past two years to be ranked.

Ron Keslar is an American welterweight fighter currently signed to Bellator. He trains out of the American Kickboxing Academy. He is a a veteran of King of the Cage and Strikeforce, compiling a 1-2 record with the latter. He has a notable loss to UFC vet, Chris Cope and a notable win over War Machine. Of his eleven career wins, ten have been finishes including equal numbers of submissions and T/KOs.

Keslar began his professional career in 2006. In his first three years, he would compile a 5-1 record. He was signed by Strikeforce in 2010, but would go 1-2 with the promotion. He would move back to the regional circuit until he was picked up by Bellator in late 2013.
He made his Bellator debut in the opening round of the season nine welterweight tournament at Bellator 100 against Luis Melo and was able to pick up a split decision win. He would take on War Machine in the semifinals and would surprise many when he choked him unconscious in the first round. In his third fight in just over three months, Ron would take on Rick Hawn in the tournament finals, but would come up short, losing by TKO at the start of the last round.