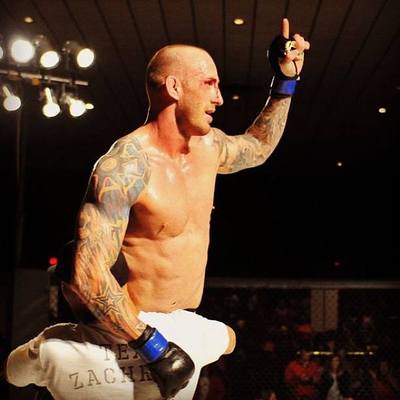 Luke Zachrich is ineligible for regional rankings due to inactivity.
Fighters must have at least one completed MMA bout in the past two years to be ranked.

After 1 amateur bout in January of 2006, Luke Zachrich turned pro and compiled a 7-1 record over the next 2 years with only the 8th fight making it past the 2 minute mark having established his well-roundednss(?) with wins split fairly evenly with 3 KOs/TKOs and 4 subs and one of the subs was due to strikes. He then earned a spot on The Ultimate Fighter Season 7 (Rampage & Forrest as coaches) in early 20, won his fight to get into the house over Patrick Schultz (0-4) via 1st rd rear naked choke before being TKOed by Dan Cramer in the 2nd rd of their quarterfinal matchup.
After TUF 7, he went 6-1 with the lone loss coming in Bellator to Eric Schambari to earn an invite back to the UFC. He lost his UFC debut to Caio Magalhaes by TKO in just 44 seconds and is next scheduled to face Guilherme Vasconcelos, himself a TUF:Brazil 3 vet who also lost his quarterfinal bout, at UFC 175.