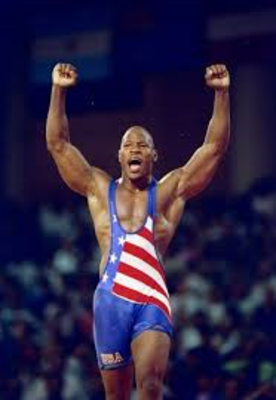 Kevin Jackson is ineligible for regional rankings due to inactivity.
Fighters must have at least one completed MMA bout in the past two years to be ranked.

Kevin Jackson is one of the most decorated amateur wrestlers to ever compete in Mixed Martial Arts.  A four time NCAA division I all-american, Jackson went on to win three national titles, one world championship, and was an Olympic gold medalist in 1992.  Jackson began fighting as a professional MMA fighter in 1997 and rapidly became one of the most highly regarded fighters in the sport at the time.  After just 3 fights, Jackson fought Frank Shamrock for the inaugural UFC light heavyweight title(then known as the middleweight title) and was submitted via armbar in just 16 seconds.  Following a disputed technical submission loss to Jerry Bohlander, Jackson fought once more and retired.  Jackson was the US National freestyle wrestling coach for 8 years(2001-08) and has been the head wrestling coach at Iowa State University since 2009.  He is a member of both the United States National Wrestling Hall of Fame and the FILA International Wrestling Hall of Fame.