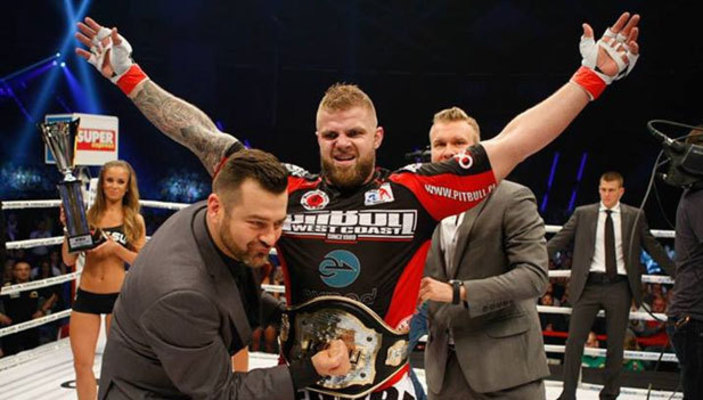 Fighting for a major organization has made Karol Bedorf ineligible for regional rankings.

Karol Bedorf was born 27th of September 1982 in located at west coast of Baltic Sea city name Szczecin (Stettin). He is a very talented grappler and Brazilian jiu-jitsu practitioner. Regularly training in the best Polish MMA team Szczecin Berserker's Team. In 2006 he won BJJ and submission fighting titles, later alternately won 3 times European BJJ Championships in 2006, 2007 and 2008. He also had success in European qualifying for the World Cup in Abu Dhabi Combat Club, lost in quarter finals to Fabricio Werdum and 3 years later didn't have much luck being eliminated from competition by Jeff Monson. "Coco" debuted in mixed martial arts in European biggest event KSW 8 on 10th November 2007. In the first battle defeated the winner of the KSW 5 and future UFC fighter Francis Carmont via unanimous decision. Came out victorious with nine of eleven fights and in his next fight he defeated the Olympic Judo Gold Medalist and former PRIDE fighter Paweł Nastula claiming the vacant KSW Heavyweight Title in the process.

His first title defense came almost exactly a year later at KSW 28 where he faced Rolles Gracie. Right from the start Bedorf started landing kicks and punches and even despite overshooting one of them and getting taken down, he was able to reverse the position. Near the end of the first round Bedorf landed a heavy kick to the body which broke Gracie in half (breaking some of his ribs in the process) and sent him crushing to the mat, where he was finished with punches.