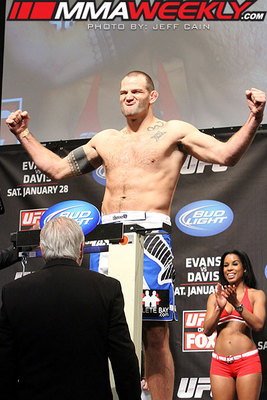 John Olav Einemo is ineligible for regional rankings due to inactivity.
Fighters must have at least one completed MMA bout in the past two years to be ranked.

Einemo, is an accomplished grappler and BJJ black belt who first made a name for himself winning the 2003 ADCC world championchip in Sao Paulo. His first MMA fight in a big organization was back in 2006 at Pride 31. He fought Fabricio Werdum and lost a decision.

After he advanced his MMA record to 6-1 with a win over Josh Thompson he decided to end his career. However Einemo made a comeback in 2011 against Dave Herman. Both fighters made their UFC debut and earned fight of the night honors. Einemo lost the fight via TKO and had also no success in his next fight against Mike Russow which he lost via decision.

In 2012 Einemo announced his retirement from MMA.