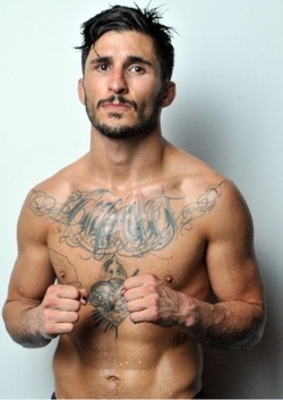 Ian McCall is ineligible for regional rankings due to inactivity.
Fighters must have at least one completed MMA bout in the past two years to be ranked.

Ian McCall fights out of Dana Point, California, and trains at Team Oyama. He made his professional MMA debut back in 2002 for the Warrior's Quest promotion.

After 5 straight victories he joined the more prominent WEC promotion. After losing twice in the WEC against Charlie Valencia and Dominick Cruz, Ian suffered from personal issues when he overdosed on a combination of oxycodone, GHB, Xanax and other tranquilizers. He awoke two days later in a hospital and later found out his breathing and heartbeat had both stopped.

After a few weeks in the hospital he made a full recovery and returned to the cage in November of 2010. After being fully sober he joined Tachi Palace Fights and entered his new weight class of 125 lbs (Flyweight). After 2 victories he fought and won the Tachi Palace Flyweight Championship.


In 2012 the Ultimate Fighting Championship unveiled the new lighter weight class of the Flyweights and to decide who was the best Flyweight fighter the UFC held a four-man flyweight tournament to decide the first divisional champion. Ian McCall was asked to join the tournament and faced Demetrious "Mighty Mouse" Johnson. The bout was a "Fight of the Night" performance to decide who would go in the finals. The original fight result was a decision for Johnson, but upon review the Australian Commission recounted the score cards and the fight ended in a draw, adding controversy and embarrassment to the athletic commission's oversight of the event.

A little over 2 months later the McCall and Johnson rematch was set. After 3 rounds the judges scored the fight a unanimous decision for Johnson, and a setback in McCall's goal of becoming flyweight champion.

McCall would face flyweight tournament runner-up, Joseph Benavidez at UFC 156. McCall would lose the fight by unanimous decision. He would follow that up with a Fight of the Night Unanimous Decision win over Illiarde Santos at UFC 163.


Ian McCall's nickname is "Uncle Creepy" which he received from his friend's son, the son called Ian the name one day in front of family and the name stuck.

McCall is regarded as having one of the most glorious mustaches in MMA.