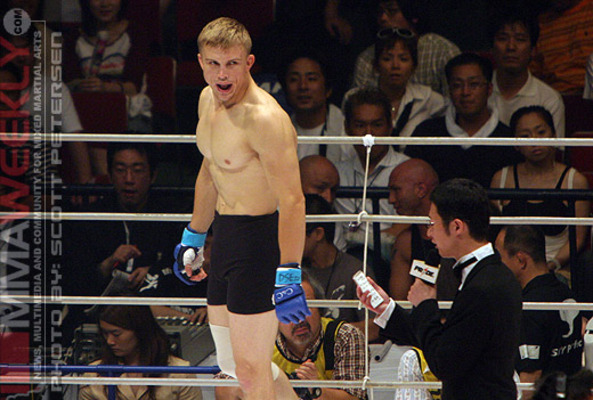 Andrey Semenov is ineligible for regional rankings due to inactivity.
Fighters must have at least one completed MMA bout in the past two years to be ranked.

St. Petersburg, Russia native Andre Semenov brings a distinctly Russian orientation to his long MMA career, having fought in many of the most prominent showcasings of Russian MMA talent over the last two decades. His lengthy resumes in the Russian M-1 promotion famous for its affiliation with Fedor Emelianenko and with the defunct Bodog Fight banner both featured "Russia vs. USA" and "Russia vs. the World" themed fight nights in which Semenov participated.

But Semenov is also a veteran of the world's two greatest MMA promotions, Pride Fighting Championships (where Semenov lost a closely contested decision to Denis Kang at Bushido 8) and the Ultimate Fighting Championship, where Semenov went 1-1 over the course of two fights at UFCs 35 and 37. His wins over Ricardo Almeida at UFC 35 and Martin Kampmann at M-1 in 2004 are each major career accomplishments shared by few men. With a full 40 fights to his name Semenov is one of the more experienced professionals in top flight competition today.