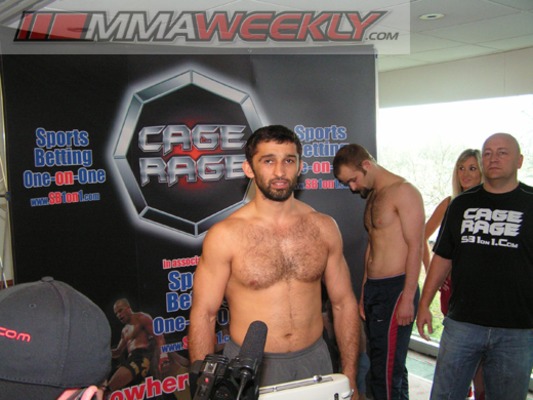 Amar Suloev is ineligible for regional rankings due to inactivity.
Fighters must have at least one completed MMA bout in the past two years to be ranked.

Although other countrymen would follow in the late 2000s, Amar Suloev was the first Armenian mixed martial arts fighter to make a splash in the sport after going pro in 1999. His career got off to a rocky start, but after scraping his way to a 1-2 record, Suloev went on a 12-fight winning streak over the next year, finishing all but one of his opponents en route to earring a shot in the UFC in 2002.

Suloev lost back-to-back fights in the promotion to Chuck Liddell and Phil Baroni, but over the next six years he would amass wins over the likes of Din Thomas, Dean Lister, Murilo Bustamante, and Yushin Okami while fighting for Pride and other organizations in Japan and Eastern Europe. Suloev retired from active competition in 2008.