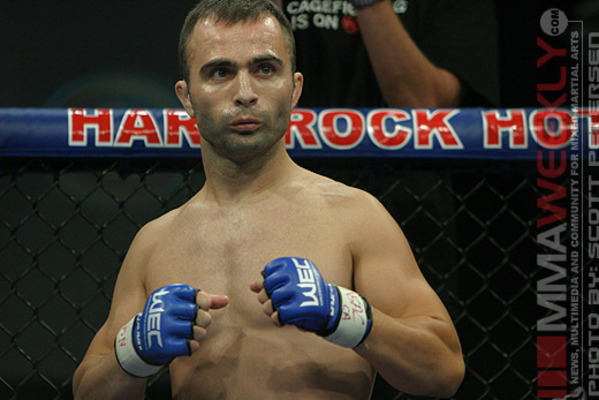 Alex Karalexis is ineligible for regional rankings due to inactivity.
Fighters must have at least one completed MMA bout in the past two years to be ranked.

One of the first well-known fighters to come out of the booming Northeastern MMA scene, Boston native Alex Karalexis earned recognition for his performance on the inaugural season of The Ultimate Fighter reality show. Although he was unsuccessful in the tournament, he earned his first and only UFC victory in the live finale in 2005, finishing Josh Rafferty via TKO in the first round. After a pair of losses at 170 lbs., Karalexis made the move down to 155 lbs. before battling his way into the WEC, the sister promotion to the UFC, where he has become a solid gatekeeper and a stern test for any fighter in the lightweight division.

The Ultimate Fighter 1
Episode 4 Diego Sanchez def. Karalexis by Submission (rear naked choke) at 1:47 of Round 1

TUF 1 Finale Karalexis def. Josh Rafferty by TKO (strikes) at 1:40 of Round 1