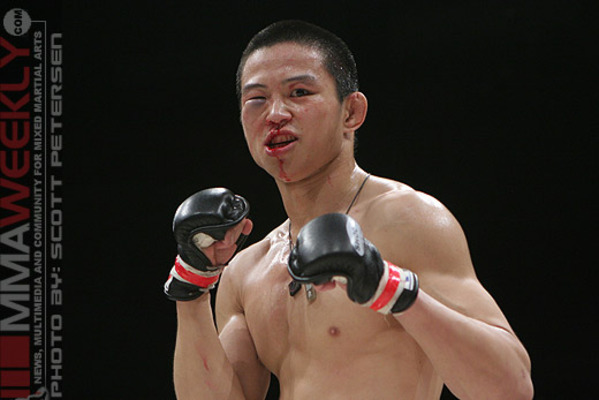 Akitoshi Tamura is ineligible for regional rankings due to inactivity.
Fighters must have at least one completed MMA bout in the past two years to be ranked.

Akitoshi Tamura first made a name for himself fighting in Japan's Shooto MMA organization. "Ironman" built a respectable 10-6-2 record in Shooto, and for a period in 2007 briefly held the Shooto "lightweight" crown (Tamura competes as a 135 lb. bantamweight under the North American weight division guidelines). Tamura was then invited to compete in North America's World Extreme Cagefighting (WEC) promotion. Tamura went 1-2 against some of the WEC's fastest-rising bantamweight contenders in 2009 and 2010, before returning to Japan's Shoot and Sengoku promotions for his following two bouts.

Tamura trains out of Japan's respected Tsudanuma Dojo. He is known for his tenacity.