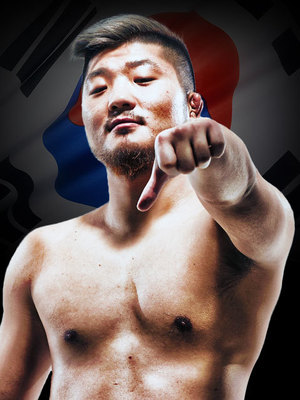 Kwon is a Lightweight fighter with backgrounds in boxing, kickboxing, and wrestling. He is known for his high energy and fun fighting style. He is also known as the bad boy of Korean MMA, having talked plenty of trash and done questionable things throughout his career. He was one of the youngest and brightest prospects and most well known fighters in Korea. He has fought in ONE FC, DEEP, HEAT, Legend FC, Spirit MC, and currently fights for Road FC. He holds notable wins over Tadahiro Harada and Yoshihiro Tomioka.

Kwon is best known for his beef with current Road Lightweight champ Nam Yui Chul and a fight between the two is believed to be the most anticipated fight ever in Korea. Kwon took a leave from MMA in 2011 to serve the South Korean mandatory 2 year military service. He is to make his return to MMA at Road FC 13 against Pancrase and DEEP vet Koji Nakamura.

A Sol Kwon News View All