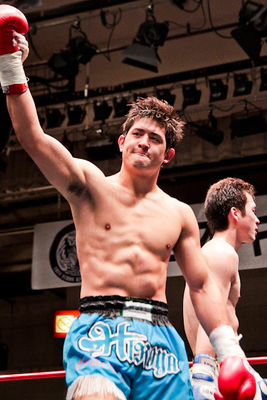 Hiroya comes from karate and kickboxing backgrounds. He debuted in K-1 at 15 years old and was mentioned by kickboxing legend Masato as the next big thing.

He was the inagural K-1 Koshien (annual under 18 tournament) champion in 2008, it took place at Dynamite!! 2008. He defeated future K-1 champion Koya Urabe in the finals. He won the 2014 Krush 65kg Tournament and is the former Krush 65kg champion.