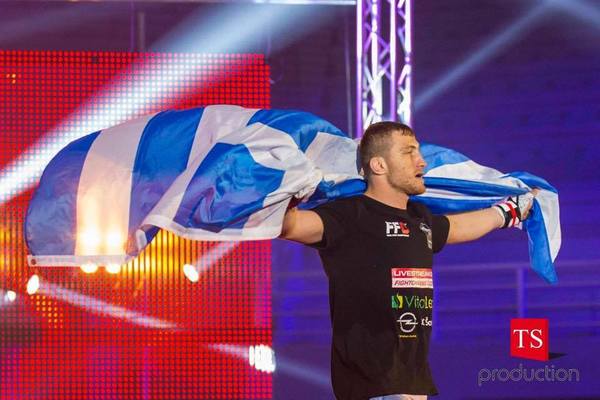 Fighting for a major organization has made Andreas Michailidis ineligible for regional rankings.

He was born in Kirovski, Kazakhstan on July 18, 1988. At the age of 8, after moving in Greece, he started training, in wrestling and kickboxing at Malios Team. Continued with MMA and Brazilian Jiu Jitsu training at Gracie Barra Greece where he got the brown belt in Brazilian Jiu Jitsu.

Today, he’s a professional MMA fighter, training his ground game and his striking game with his Head Coach Dimitris “Mohou” Papakonstantinou in the EFL Martials Arts Academy and my conditioning with my strength coach Stamatis Lenis at the Olympic Weight Lifting Cente

After competing in numerous national Brazilian Jiu Jitsu championships and tournaments, several MMA fights in Greece, wining the European Fight League Championship (EFL) Heavyweight Title and a lot of hard training, in April of 2014 he moved to the USA, in Los Angeles for a while in order to continue his training with his coach Dimitris “Mohou” Papakonstantinou, under the supervision of Antonio Mckee and the support of Quinton “Rampage” Jackson, for his upcoming fight in King Of The Cage – Slugfest. A few months later he made his debut in Bellator MMA at Bellator 128 and after a year of training in Kings MMA, under Master Rafael Cordeiro and in Churchboyz Wrestling with the guidance of Jacob Harman, he went to Grozny in Russia to fight in the World Fighting Championship Akhmat (WFCA 9 – Grozny Battle). Few months later his next successful appearance was in the United Arab Emirates to fight at “Abu Dhabi Warriors Fighting Championship” (ADW – Abu Dhabi Warriors 4)