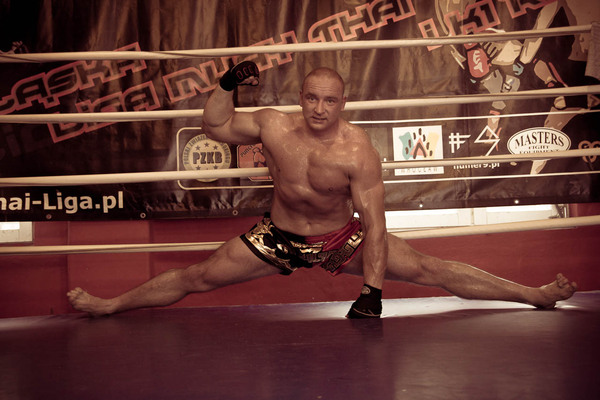 Tyberiusz Kowalczyk is ineligible for regional rankings due to inactivity.
Fighters must have at least one completed MMA bout in the past two years to be ranked.

Tyberiusz "Tyberian" Kowalczyk, born in 1979 in Legnica, is a Polish strongman also enjoying a career in politics since 2010. After winning Central Europe and Polish Championships in strongman competition he started preparing for a debut in combat sports. He was originally supposed to make his debut in 2012 against Poland's favourite punching bag (and the butt of many jokes) Marcin Najman under K-1 rules, but Najman ultimately backed from the fight for unexplained reasons. Kowalczyk was next booked to fight another strongman, Mariusz Pudzianowski under MMA rules, but again the fight never materialized. Damian Grabowski, at the time #1 ranked Polish heavyweight and future M-1 HW champion, who was training with Kowalczyk, predicted the chances of either fighter to be 50/50 and the winner to be the one who will be able to keep his composure and would be better conditioned.

In 2014 he has signed with the Fight Exclusive Night organization and finally made his debut in June quickly defeating the Lithuanian heavyweight journeyman Tomas Vaicikas. Despite the apparently easy win he admitted to making several big mistakes in the fight and that he got hit with several heavy shots.