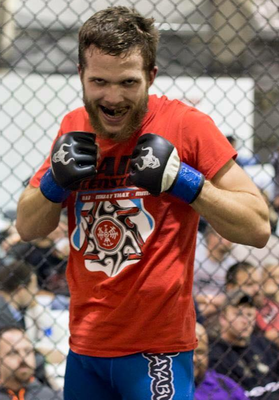 Joe Pimentel is ineligible for regional rankings due to inactivity.
Fighters must have at least one completed MMA bout in the past two years to be ranked.

Born on 30 January, 1991, in Welland, Ontario, Canada. Pimentel currently attends Mowhawk College, in Hamilton, Ontario. Pimentel began competing in combat sports in 2013. That same year he won both the Ontario Low Kick and Kickboxing Novice Provincial titles. More recently he was shifted his attention to MMA, making his amateur debut on 8 March, 2014. He made short work of Nick Rumer, finsihing him via TKO at 1:39, in Round 1. Pimentel won again via TKO when he finished Jeffrey Offak at 2:05 in Round 2, on 26 April, 2014. Pimentel earned his third straight finish when he once against won via TKO against Chris Walsh early in Round 1.

With a 3-0 amateur record, all 3 fights won by TKO, it is only a matter of time before Pimentel makes his professional debut.