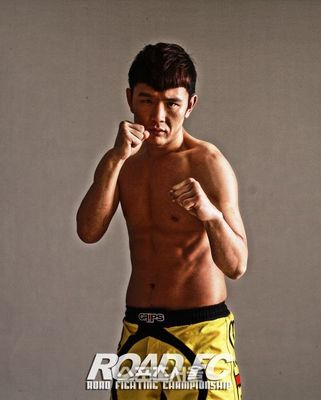 Hyung Bin Yoon is ineligible for regional rankings due to inactivity.
Fighters must have at least one completed MMA bout in the past two years to be ranked.

Yoon is a highly popular comedian in South Korea, appearing on shows such as Gag Concert. He began to train in MMA after a controversial incident in which a Korean woman went on a Japanese show. On this show she fought 3 Japanese male comedians that were supposed to go easy on her, many felt that they did not and intentionally tried to cause harm to her. Yoon began to train MMA so he could beat a Japanese fighter as a sort of revenge. He got his opportunity as the main event at ROAD 14 where he brutally KO'd Takaya Tsukuda (was not involved with the previously mentioned incident).