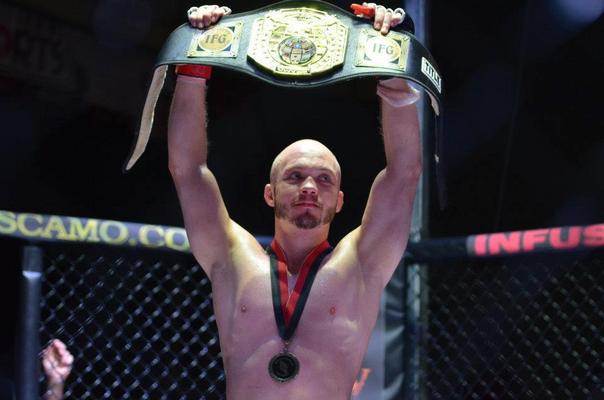 Bentley Syler is ineligible for regional rankings due to inactivity.
Fighters must have at least one completed MMA bout in the past two years to be ranked.

Bentley Syler began training when he was 10 years old in kickboxing because he was being bullied. He holds a blue belt in Brazilian Jiu-Jitsu under Ricardo Liborio. He went 4-0 as an amateur in MMA winning the IFG bantamweight title.

He would join the Ultimate Fighter he would join Team Werdum but would lose his first fight by TKO.

Facing his former TUF teammate - Fredy Serrano at UFC Fight Night 62: Maia vs. LaFlare.Syler  started off his UFC career with an exciting fight. After two rounds, with both fighters clearly taking a round each, in Round 3 Syler was eating more punches than his opponent and the damage was starting to show. Serrano was able to keep the decision from the judges when he landed an uppercut that dropped Syler. Referee Osiris Maia quickly calls the fight at 1:34.