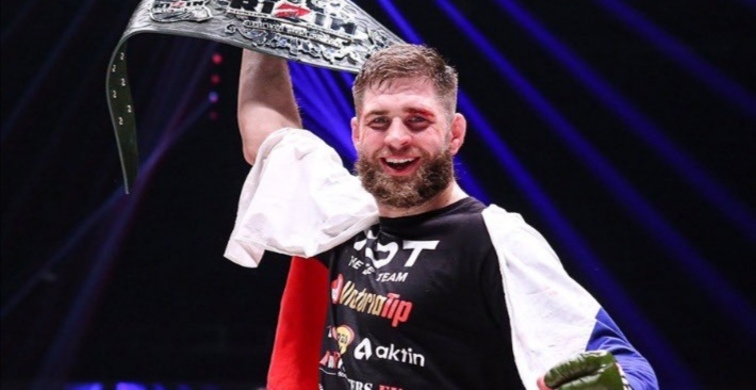 Fighting for a major organization has made Jiří Procházka ineligible for regional rankings.

*BIO:
Procházka was born on October 14, 1992 in the south Moravian part of the Czech and Slovak Federative Republic (now Czech Republic). Procházka's father died early when he was 6 years old. In his youth, he played football for a local team before he transitioned to Muay Thai and won the national title in Thai boxing on June 30, 2011. He was also an active BMX rider and a floorball player.

Procházka made his professional MMA debut in April 2012 for the Gladiator Fighting Championship promotion in his native Czech Republic. In his tenth professional bout, he won the GCF Light Heavyweight Championship in the back-and-forth fight against Martin Šolc via knockout on December 7, 2013 at GCF 26 FN. Video of the bout went viral in Czechia afterwards.

After amassing a record of 14–2–1 during his first three years in the sport, Procházka signed a deal with the Rizin Fighting Federation in 2015 or he wins the Light Heavyweight title against Muhammed Lawal on 2019.
He signs with the UFC in 2020.
Procházka made his promotional debut against Volkan Oezdemir on July 11, 2020 at UFC 251. He won the fight by knockout in the second round.

In September 2020 he is ranked Top 6 in Light Heavyweight Division and remains on a streak of 12 straight wins.