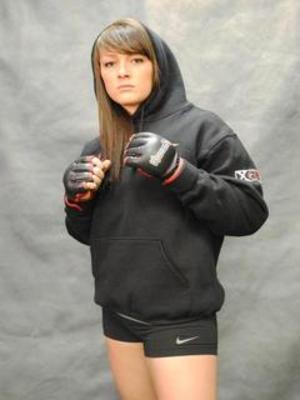 Veronica Rothenhausler is ineligible for regional rankings due to inactivity.
Fighters must have at least one completed MMA bout in the past two years to be ranked.

Veronica Rothenhausler is one of Women's MMA rising stars as well as a top prospect . Her crowd-pleasing standup style has earned her praise from fans around the globe. Rothenhausler finished her amateur career with a record of 3-0 with 3 first round KO's, including 2 that took only 5 seconds apiece.

Rothenhausler made her pro debut on January 5, 2013 KO'ing Katalina Malungahu (2-1) at 1:12 of the very first round. At only 23 and now training with Alpha Male Rothenhausler's future has WMMA fans drooling at the possibilities of fights with the upper echelon of the women's featherweight division.