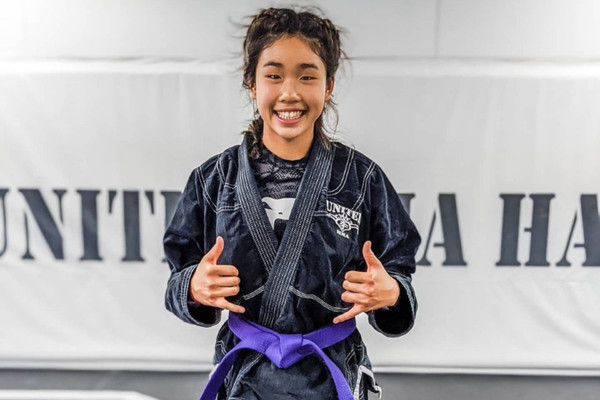 Victoria "The Prodigy" Lee Is an undefeated female mixed martial artist competing for ONE FC. She Is the sister of the ONE FC Atomweight Champion, Angela Lee, and the former ONE FC Lightweight Champion, Christian Lee. She works as a seasonal Instructor at Evolve MMA alongside her siblings, and while at home in Hawaii she trains out of United MMA. Lee has also gathered plenty of Achievements in martial arts prior to turning pro In MMA as she Is a 15-time North America Grappling Association Champion, 2-time Pankration Junior World Champion, The 2019 IMMAF Wrestling Junior World Champion, and the 2020 IMMAF Wrestling Junior Hawaii State Champion.

Lee made her professional MMA debut at only 16 years old at ONE: Fists of Fury where she open the card with a finish over the 4-1, Sunisa Srisen, In the second round via rear naked choke. Victoria would then take on the 4-3, Luping Wang, who she would tap out in the first round via Armbar. In her next fight the 2-0 Prospect would take on 5-0, Victoria Souza, where she would secure her first TKO win as she would put Souza away in the second round, handing her the first loss of her career.

Victoria Is an Interesting prospect for ONE FC, debuting at such a young age and with siblings who are on top of their divisions, It will be interesting to follow Victoria's rise through the division ruled by her own sister. What's next for the now 18-year old prospect remains to be seen however.