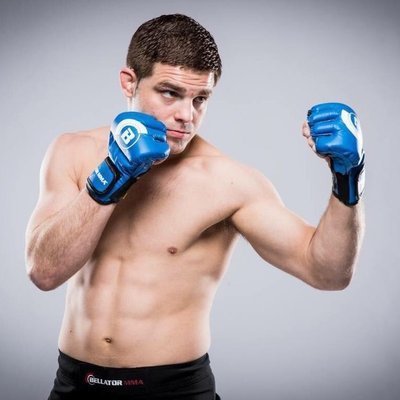 Fighting for a major organization has made Dominic Mazzotta ineligible for regional rankings.

Dominic “The Honey Badger” Mazzotta began competing in MMA as a featherweight amateur (145 pounds) in October 2010 and made his professional debut on January 26, 2013 at Stage AE in Pittsburgh, PA with a round one submission victory. Dom has compiled a 7-1 amateur record with five wins via submission while fighting in an Ohio based MMA federation winning the NAAFS Featherweight title.

Dom trains at The Mat Factory in Lower Burrell, PA.