"The Supernova From Moldova" 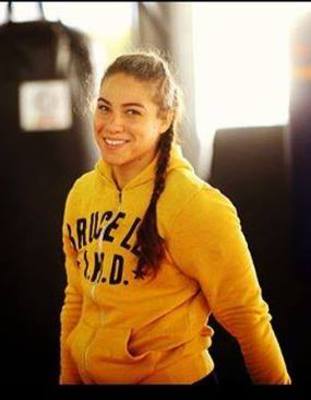 Marina Shafir is ineligible for regional rankings due to inactivity.
Fighters must have at least one completed MMA bout in the past two years to be ranked.

Longtime friend and current training partner Marina Shafir has followed Ronda Rousey's footsteps into the world of MMA, and so far, the amateur fighter is posting some familiar results. The veteran judoka is 3-0 as an amateur and like Rousey all of Shafir's victories have come via first-round armbar.

Shafir, like Rousey, started her martial arts training in judoka. Unlike Rousey though she lost passion for the sport of judo. It is why she believes she never won any medals or went to the Olympics. When she was introduced to MMA she found that passion, “I love it whole heartily, and I think about it every day. I don’t see myself doing anything else for a really long time,” said Shafir. “It feels good to be super 100% passionate about a sport again.”

The 25 year old Moldovan-born Shafir is based out of California. Currently competing at 150 pounds, she plans a move down to 145 pounds before turning pro later this year where she already has her sights set high on Invicta Featherweight contender and Ronda Rousey nemesis Cristiane ‘Cyborg’ Santos, “I want to get my hands on her so bad. I see myself fighting her, and I see myself beating her. She does not scare me at all.”