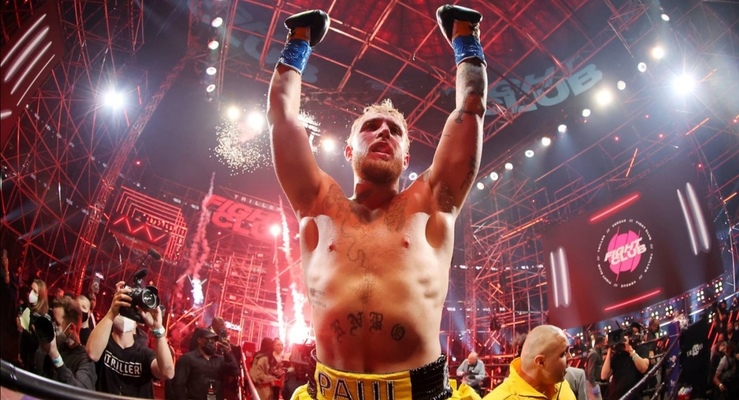 Jake "The Problem Child" Paul is 5-0 professionally and 1-0 in the amateurs. In his first fight he fought YouTuber Deji and won by TKO in the 5th round. In his second fight and his first pro fight he fought fellow YouTuber AnEsonGib and won by TKO/KO in the 1st round. His 3rd overall fight and second pro fight was against former NBA slam dunk contest champion Nate Robinson and he would win this fight by KO in the 2nd round. His 3rd pro fight was against former Bellator and ONE FC welterweight champion Ben Askren and he won this fight by TKO/KO in the first round. In his fourth professional fight he faced former UFC welterweight champion Tyron Woodley and he went on to win this bout by a split decision. In his next bout he would have a rematch with Tyron Woodley after his original opponent Tommy "TNT" Fury Pulled out due to injury. Paul would knock out Woodley in the 6th round. His next fight was slated to be on August 6th against Tommy “TNT” Fury but who pulled out due to visa issues. He found a replacement opponent in Hasim “Goldblooded” Rahman Jr. who pulled out due to weight cut issues so the event was scrapped. His next fight is slated to be on October 29th 2022 vs mma legend Anderson “The Spider” Silva in Phoenix Arizona.