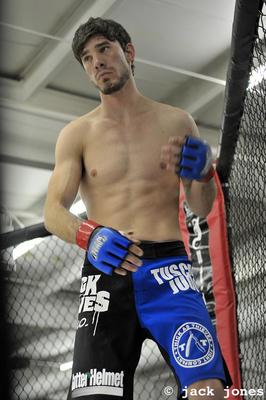 Andrew Law is a professional mixed martial artist fighting out of New Philadelphia, Ohio. Andrew has been a judoka since he could stand. He earned his black belt in Judo under the tutelage of his father, Jim. He had been competing in Judo and Wrestling throughout his youth and earned a Judo Junior National Championship. Law started training and competing in MMA racking up an 8-3 amateur record before turning pro in 2012. Law currently trains at Route 250 Martial Arts, within Route 250 Health and Performance.