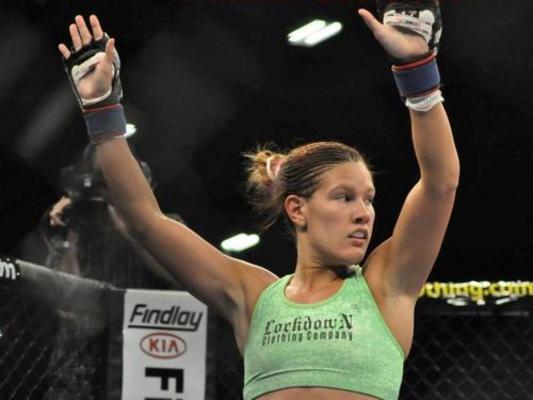 Fighting for a major organization has made Cortney Casey ineligible for regional rankings.

Cortney "Cast-Iron" Casey-Sanchez was born on 5 May, 1987, in Mesa, Arizona, United States. As a former Division I soccer player at the University of Texas at El Paso, Sanchez  began training in MMA; in 2009, after her soccer career was cut short due to an injury. Her work ethic helped her quickly learn the sport and she began her ammy career in 2012 and her pro career a year later.

While as a amateur, Sanchez compiled a 4-1 record, which included one Tuff-N-Uff strawweight title defense. After only two pro fights in the US, Sanchez went to fight in the Pacific X-treme Combat promotion, based out of Guam. She quickly became the #1 SW fighter in the Asian circuit.

On 18 July, 2015, Sanchez was called up to the UFC to face division veteran Joanne Calderwood, at UFC Fight Night 72: Bisping vs. Leites; replacing an injuried Bec Rawlings. Sanchez would maker her presence known as she almost finished Calderwood in Round 1. She would go on to lose Round 2 and 3, as the judges awarded Calderwood a UD victory, but her performance caught the eye of the UFC execs, as they awarded her and Calderwood with the $50,000 Fight of the Night bonus.