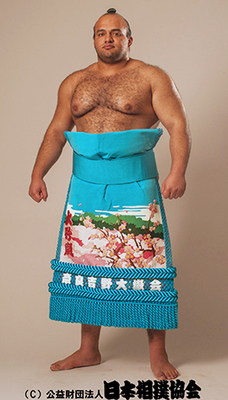 Kintaro Osunaarashi is ineligible for regional rankings due to inactivity.
Fighters must have at least one completed MMA bout in the past two years to be ranked.

Born Abdelrahman Shalan in the outer provinces of Cairo, Kintaro Osunaarashi was the first sumo wrestler to come from the continent of Africa who performed at the top level of Japanese sumo wrestling.  In March of 2018, Osunaarashi was forced into retirement at the request of the Japan Sumo Association after Osunaarashi not only violated JSA rules that forbade sumo wrestlers from driving while active in the sport, but also after he payed a 500,000 yen fine when a Japanese summary court found him guilty of driving without a license and causing a traffic accident in Yamanouchi, a town outside Nagano, in January earlier that year.  Osunaarashi was initially placed on house arrest due to his role in the accident after it was found out that his international driver's license was expired at the time of the accident and that CCTV cameras located at the scene of the accident positively identified him as the driver of the car, throwing out initial claims from Osunaarashi's lawyer that it was his wife that was the driver and not Osunaarashi himself.  Following his forced retirement from Sumo, Osunaarashi would sign a contract with Japanese MMA Promotion RIZIN Fighting Federation.  Osunaarashi is scheduled to make his MMA and promotional debut against longtime MMA veteran Bob Sapp at RIZIN 13 in Saitama, Japan.