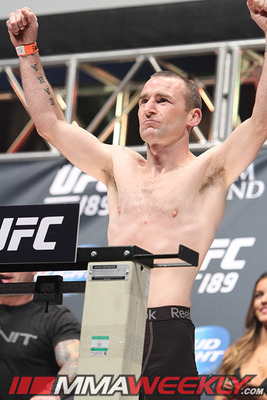 Neil Seery is ineligible for regional rankings due to inactivity.
Fighters must have at least one completed MMA bout in the past two years to be ranked.

Seery is the Cage Warriors Flyweight Champion. After going 4-1 with the promotion, Seery fought Mikael "Hulk" Silander for the vacant title, defeating Silander via submission in the third round to claim the belt.

Seery would get a shot at the UFC when he faced Brad "One Punch" Pickett at UFC Fight Night 37: Gustafsson vs. Manuwa. Seery would lose by unanimous decision but put forth a great effort against a very tough opponent.

Seery would get back on track with two Unanimous Decision victories over Phil Harris, at UFC Fight Night 46: McGregor vs. Brandao and undefeated TUF veteran Chris Beal, at UFC on FOX 14: Gustafsson vs. Johnson.